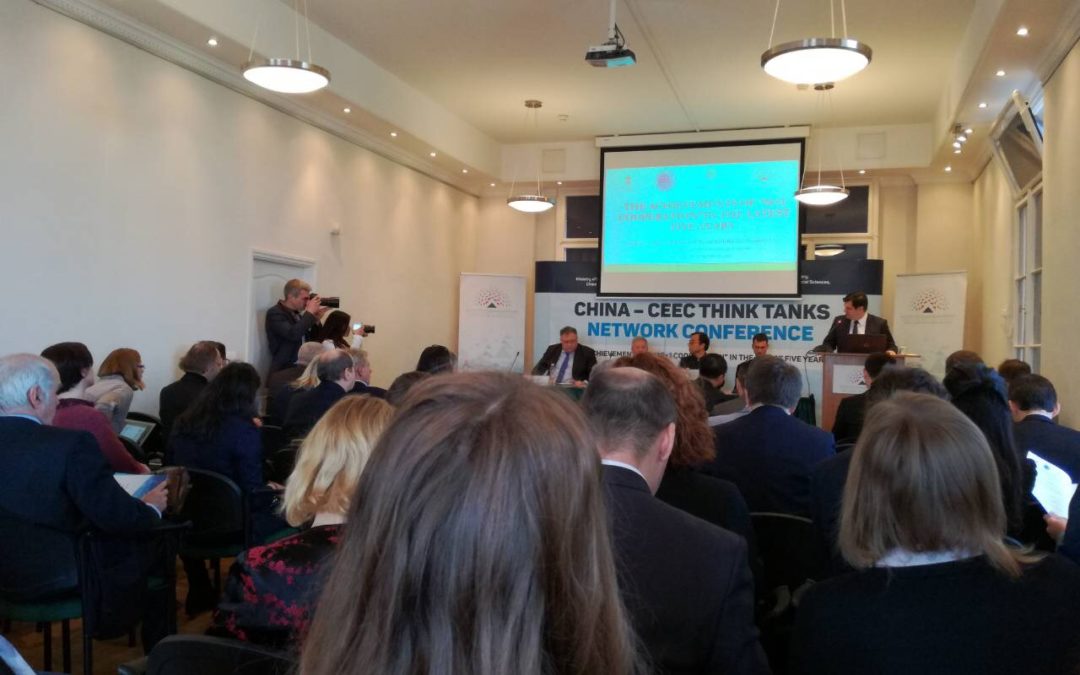 Centre for European Perspective’s Executive Director dr. Gorazd Justinek participated in the China-CEEC Think Tanks Network conference entitled “The Achievements of 16+1 Cooperation in the Latest Five Years” on Monday, 20 November 2017, hosted in Budapest, Hungary. The conference has been jointly sponsored by the Institute of European Studies, Chinese Academy of Social Sciences, and the China-CEEC Think Tanks Network, by the Hungarian Ministry of Foreign Affairs and Trade and by the Hungarian Institute of Foreign Affairs and Trade.

CEP has recently been involved in an ongoing research of China’s involvement in the Western Balkans in the light of the One Belt, One Road initiative, infrastructure investments and projects, and digital cooperation in the framework of the 16+1 Platform.

“Five years have passed and together we have made great achievements in policy consultation, economic cooperation, cultural exchanges, and many other fields,” Chinese Ambassador to Hungary Duan Jielong said in his opening remarks. He said the bilateral relationships today between China and CEE countries are “at their best in history.” “We expanded our infrastructure and industrial partnerships,” he said.

Istvan Ijgyarto, Hungarian State Secretary for Cultural and Science Diplomacy, praised the importance of think tanks in the “16+1 cooperation”. Hungary upholds the view that China-CEEC cooperation constitutes an important part of cooperation between the European Union and China in the framework of their comprehensive strategic partnership, Ijgyarto said.

Huang Ping, director-general of the Institute of European Studies, Chinese Academy of Social Sciences, said, “We are here to implement the great ideas and suggestions and to use this forum as a platform to improve the bilateral relations of all the sixteen countries with China.”