8th study visit within U-LEAD with Europe concluded in Maribor

The Centre for European Perspective has again hosted the U-LEAD with Europe International Study Visit of Ukrainian Local officials in Slovenia. The event begun on Monday, 23rd of June at Jable Castle and ended on the 27th of June with a closing ceremony in Maribor.

The main topic of the visit was “Improving Institutional Capacity Development Measures of Ukrainian Local-self-government (LSG) Associations”, which is an important step towards ensuring a quick and successful decentralization process in Ukraine.

There were 15 local officials from Ukraine, who took part in the study visit, coming from different spheres – from Project coordinators, Advisors on regional development, Experts of strategic planning from Ministry of Regional Development, Construction and Communal Services, Heads of amalgamated hromadas to the Head of regional development centre from Chernivtsi region.

The first day started by welcome speeches from the CEP Executive Director Katja Geršak and CEP Administrative Director Andrej Vrčon, followed Andreja Purkart Martinez, Head of Sector, Ministry of Foreign Affairs, Republic of Slovenia, who gave an insight into general work Ministry does with Ukraine and the region. The participants were also greeted by Andrii Borodenkov, from the Embassy of Ukraine in the Republic of Slovenia, who introduced the participants to Slovenia, spoke about doing business here and the topics the Embassy handles in general. Later on, Meliha Muherina, Project Manager at CEP, followed the introductory remarks with an overview of the agenda for the following days.

The first lecture of the day was given by Mr. Robert Drobnič, discussing the topic of Regional Development Planning. He focused on planning of regional development, implementation of national programs and implementation of EU programs. The second lecture was given by Dr. Roman Lavtar, who focused on the system of local self-government in Slovenia. The third and last lecture of the day was given by Dr. Vladimir Prebilič, representative of the Association of Municipalities of Slovenia (ZOS – Združenje občin Slovenije) and Mayor of Kočevje, who gave an insightful lecture on the financing of municipalities, project management in municipalities, the work of ZOS and the important role of ZOS in relation between the state and municipalities.

On Wednesday, the participants met Mr Matej Ogrin from CIPRA Slovenija, who presented the work of CIPRA and Alpine Convention. The main goal of the organization is protection of the Alps at national government level and working bottom-up by supporting towns, villages and civil society initiatives in their efforts to realise the objectives of sustainable development of the Alpine region. Later, they visited the municipality of Podčetrtek, where they met with Mr Bostjan Misja, the director of Visit Podčetrtek, who talked about the successful development of Podčetrtek from a rural municipality into a municipality, known for its biggest wellness centre in Slovenia – Terme Olimia.

On Thursday, the participants met Ms Saša Kek, a representative of Association of Municipalities and Towns of Slovenia (SOS – Skupnost občin Slovenije), who spoke about the work of SOS, their national and international activities and issues they are facing, which sparked a lively debate amongst the participants. The day ended with the closing ceremony in Maribor.

The U-LEAD with Europe study visits are taking place in the framework of the multi-donor action U-LEAD established by the European Union and its Member States Denmark, Estonia, Germany, Poland and Sweden. They aim at contributing to the establishment of multilevel governance that is transparent, accountable and responsive to the needs of the population of Ukraine. U-LEAD with Europe is supporting the Ukrainian Government, represented by the Ministry of Regional Development, Construction, Housing and Communal Services of Ukraine (MinRegion) as a key political partner in the coordination and implementation of the decentralization and regional policy reforms. The Program carries out demand-driven and targeted trainings for officials at the national, regional and local level. 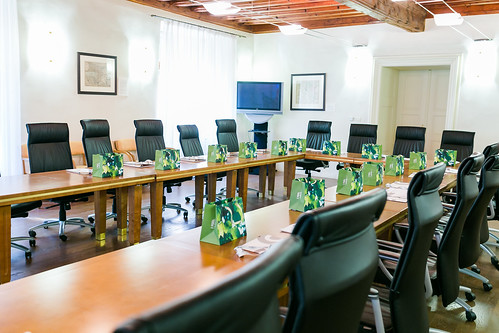