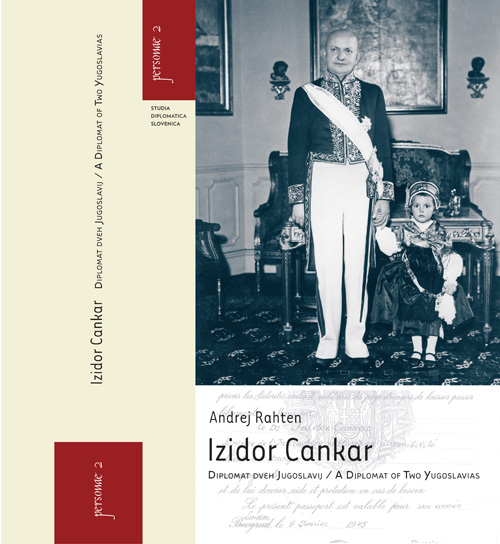 The biography Izidor Cankar – A Diplomat of Two Yugoslavias is an account of the diplomatic career of Izidor Cankar in the first and second Yugoslav states. The book outlines Slovenia’s progress from the end of the 19th century to the late 1950s in broad social terms as part of the Austro-Hungarian Empire and the monarchist and communist Yugoslavias. Special attention is given to the international point of view – debates on the Slovenian issue in correspondence involving Slovenian diplomats serving at Yugoslav missions. The book was published as part of the Personae series of the Studia diplomatica Slovenica collection.