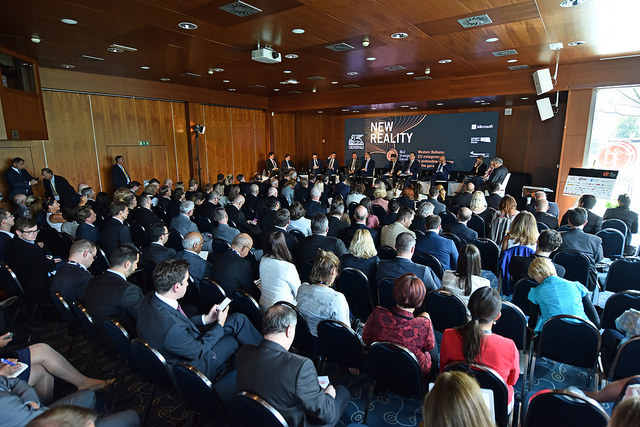 A leading conference in Central and South-East Europe, the annual Bled Strategic Forum provides the needed high-level platform for discussion of pressing regional and global issues. Attracting over 1000 participants, including heads of state and government, ministers, diplomats, representatives of the business sphere, scholars and the media from the entire world, the forum also offers a unique opportunity for bilateral and multilateral meetings with the foremost regional and global stakeholders and a possibility for extensive networking between political and business leaders of today.

This years Bled Strategic Forum attracted specially interesting guests from 66 countries, High Representative of the Union for Foreign Affairs and Security Policy and Vice-President of the European Commission, H.E. Ms Federica Mogherini and First Vice-President of the European Commission and Mr Frans Timmermans, to name only two. Fifteen Foreign Ministers joint them in interesting debates, ten of them were representatives of the Danube region, which gave the event a fascinating regional dimension and opportunity to numerous bilateral meetings.

A high-profile panel debate on the Western Balkans wrapped up the two-day Bled Strategic Forum, with the participants agreeing that the EU accession prospect has a transformative effect on the countries in the region, but also that the accession is a two-way process that requires effort from both sides. Entitled Western Balkans: EU Enlargement – Is Pretending the Name of the Game?, the panel featured ministers or deputy ministers of foreign affairs of seven Western Balkan countries as well as representatives of the European Commission, the European External Action Service, the EBRD and the US State Department.

PA10-SI Centre for European Perspective as co-organizer of the Bled Strategic Forum ensured that the voice on macro regions was well heard as well.  Mr Walter Deffaa, European Commissioner Cretu’s special adviser joined the debate of prominent speakers and emphasized that “one should not underestimate the transformative power of cooperation between the Western Balkans and EU that is happening at the moment. This are kind of mini laps of an integration.” He explained that there are four macro regional strategies at that two are of importance for the Western Balkan countries, the Danube and Adriatic-Ionian strategy. Concisely he wrapped up the importance of the macro regional strategies saying that “having it for the first time in this kind of set up, that for high profile initiatives, endorsed by the European Council, the Western Balkan participating countries – they are there on an equal footing. They are shaping and deciding on development issues for the Danube and for the Adriatic Ionian region. Serbia, for instance, is very active now, when it comes to the Danube. These are concrete examples of what can happen in very concrete terms in the area of regional cooperation.”