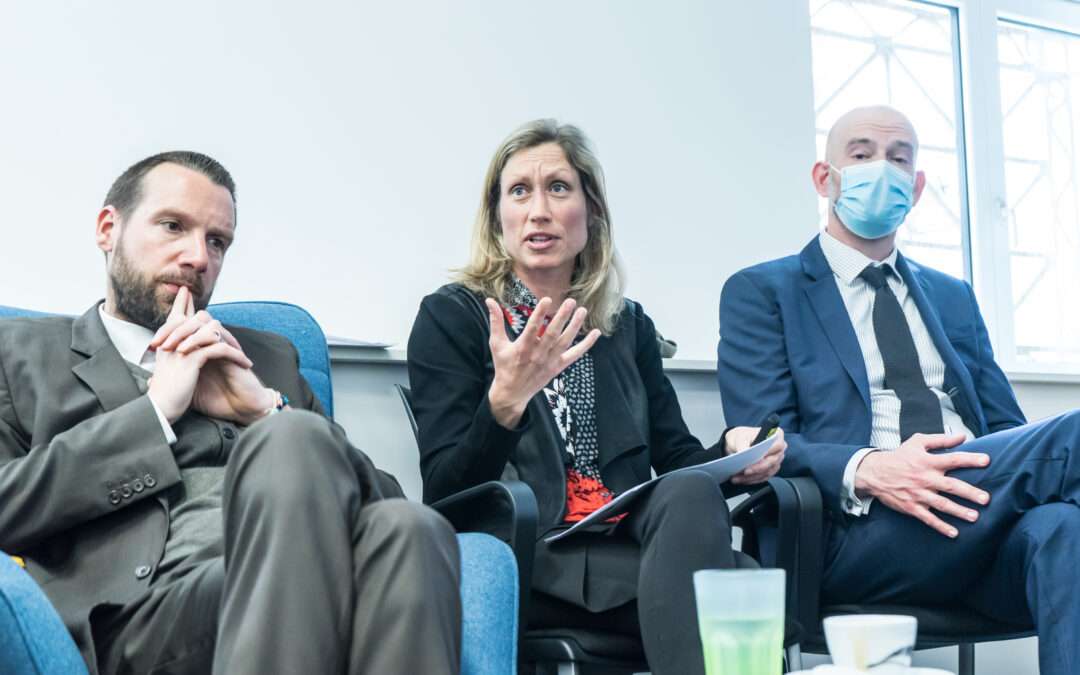 Last Friday, on 8 April, the Executive Director of the Centre for European Perspective (CEP) Katja Geršak actively participated in an expert panel on European Cooperation in the Western Balkans (WB). The panel was part of a working seminar, organized within the scope of the French Presidency of the Council of the European Union and with the help of the French Embassy in Slovenia, it was done in cooperation with the Centre of Excellence in Finance (CEF) in Ljubljana.

The panel was organized as part of the preparation for the Conference on Western Balkans in June 2022. It was organized for the diplomatic community – ambassadors from EU member states and from WB countries. Panelists presented their activities implemented in the region which was proceeded by a discussion on possible ways to enhance regional cooperation and cooperation of EU stakeholders to help advance development and EU integration in the region.

CEP has been traditionally present in the region with its development cooperation projects. Currently, it is providing support to North Macedonia in the EU accession process, more specifically in the field of financial investigations and communication in the negotiation process. At the same time, it is enhancing the capacity to better manage border patrols in Serbia. Some other flagship projects in the region, supported by various other donors, include European Digital Diplomacy Exchange and Countering Foreign Perpetrated Disinformation in WB. Last but not least, Peace Operations Training Centre (POTC), working within the scope of CEP, provides training for personnel deployed to peacekeeping missions and operations and shares know-how in the WB region as well.

CEP plans to continue to implement development cooperation projects with the help of all relevant stakeholders.