The Salient conference has always been about great content delivered in innovative ways. This year they have taken their approach a step further by introducing a 1+4 format: one whole day dedicated to public discussions with experts, policy-makers and political representatives, followed by four days of crisis-driven MUN and MEU simulations. This approach aims at providing a more focused learning experience that will give participants an opportunity to deepen their conceptual knowledge of the issues before testing it out in practice.

CEP has actively participated in one round table, titled “The Iran Deal:  Beyond Salvageable?”, with CEP Executive Director Katja Geršak as a panelist, and project manager Meliha Muherina as moderator. The second panelist on the panel was Jožef Kunič, Former Ambassador to Iran.

The dispute over the Joint Comprehensive Plan of Action (JCPOA), also known as the ‘Iran deal’ has split European countries and United States. US Presidents’ decision to withdraw from the Iran nuclear deal has led to serious transatlantic tensions. The disagreement and withdrawal came when bilateral issues between the two traditional allies have been compromised by many discords, such as trade tariffs, ecological policies, US Presidents complaints about Europe’s low defense spending and others. But the disagreement over the Iran nuclear deal is worrying because not only does it damage already detached transatlantic relationships but also due to the underlying political issue on dealing with the revolutionary regime in Tehran. Iran’s nuclear ambitions, aggression in the region and support for terrorism call for strong transatlantic unity. Instead, the West is divided. The panel that leaded to an active dialogue addressed the historical events leading to the current situation, its geostrategic importance as well as developed various possible scenarios for the future.

CEP is dedicated to supporting youth initiatives and looks forward to participating in future editions.

For more info about Salient please visit the Salient website. 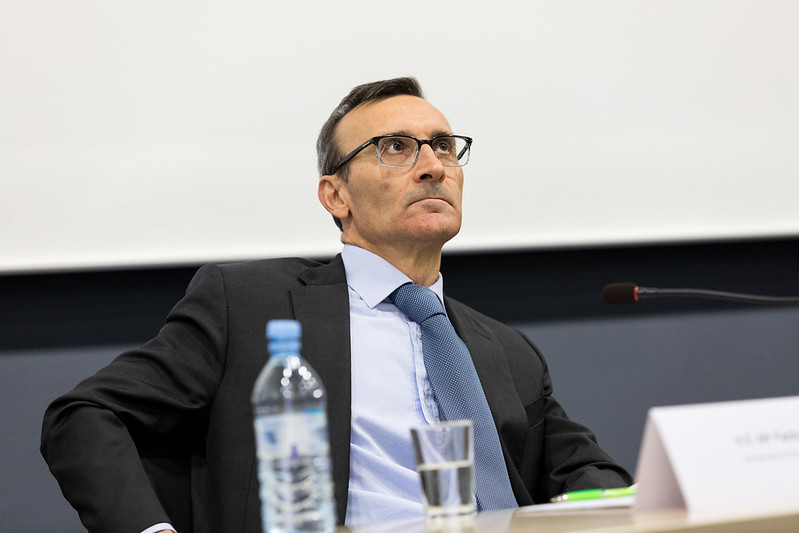