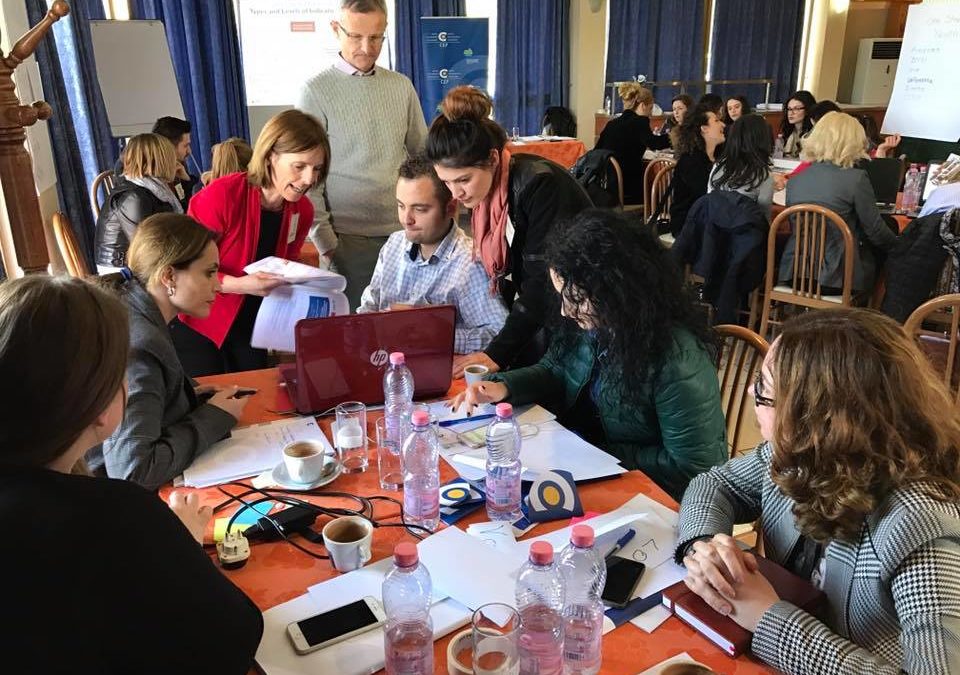 This week Centre for European Perspective (CEP) conducts the first workshop this year in the framework of the project ‘Assistance to Albanian municipalities in the preparation of the EU and other international projects’ in Albanian Vlorë.

The training is attended by 27 representatives of local and regional authorities as well as representatives of central public institutions and non-governmental organizations which design and implement projects at the operational level. The workshop started on 18th April with a networking event, followed by the official opening with presentation of project ideas on 19th April. Slovenian trainers, Slavka Zupan and Dimitrij Pur and their Albanian counterpart Elvana Zhezha guide the participants through the whole workshop, starting with the (EU) funding opportunities for Albania and the complete project cycle, from identification, formulation and financing of the project. The workshop will finish today. The second session of this workshop will follow in May 2017.

The project initially started in 2012 with a focus on strengthening the capacities of the Albanian Institutions for disbursement of funds from Instrument for Pre-Accession Assistance (IPA). Training of Albanian representatives was carried out as a study visit at the CEP premises at Jable castle. Since then, CEP has conducted 8 workshops on project preparation for civil servants. Last year’s follow up on training shows, that 71 project applications were submitted with 27 projects awarded (these figures are from December 2016).

CEP is implementing the workshop in cooperation with the Balkan Center for Cooperation and Development (BCCD), PLGP project of USAID and the Embassy of the Republic of Slovenia in Tirana.

The project is part of the CEP program activities financed by the Ministry of Foreign Affairs in the scope of international development cooperation.