CEP at the Western Balkans Summit 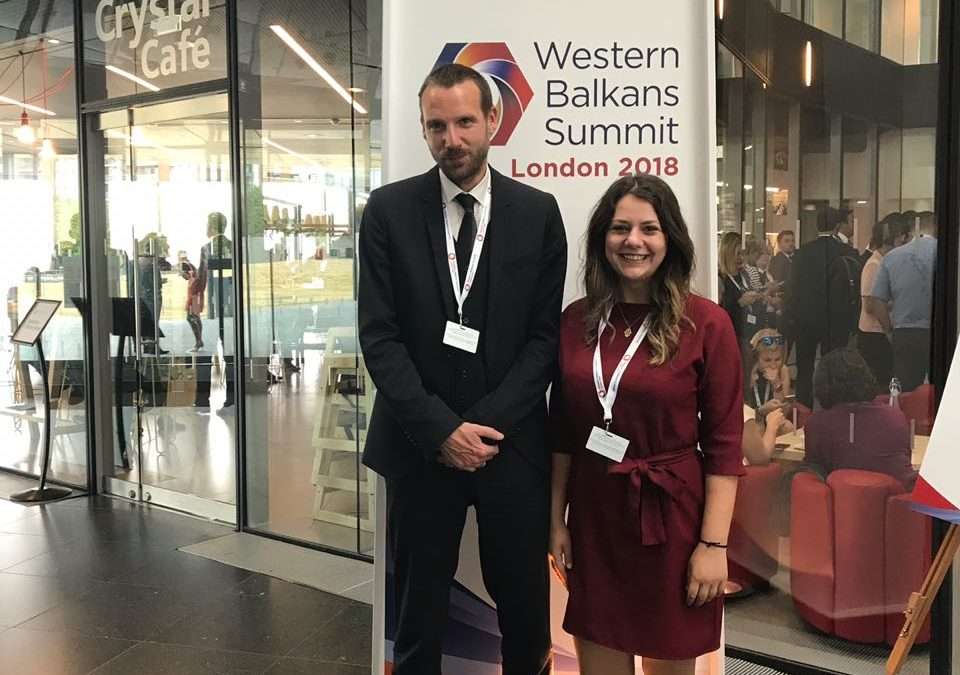 It was the fifth time that the six Western Balkans countries participated in a Summit dedicated to a common cooperation and integration with the European Union. This year’s Summit took place in the United Kingdom in London on 10 July. Prime Minister Theresa May hosted Heads of the Government of the Western Balkan 6: Albania, Bosnia and Herzegovina, Kosovo, Macedonia, Montenegro and Serbia. The representatives of Austria, Croatia, France, Germany, Italy, Poland, Slovenia, Bulgaria, Greece as well as the EU institutions were also present. The whole idea is set within the Berlin Process initiative launched by the German Chancellor Angela Merkel on August 28, 2014. The process was designed as a four-year series of meetings of prime ministers, ministers, civil society, and business communities of the Western Balkans. Before the fifth summit, the Foreign and Commonwealth Office (FCO) put many efforts into making this meeting a success. A special department was set up to deal with the preparations and they held different meetings and seminars with experts on the region, both in the UK and in the region itself. Bled Strategic Forum and Center for European Perspective representatives took active role in preparatory sessions, meetings held prior to the event, as well as at the event itself.

Process has after four years brought various positive developments to the region. The connectivity agenda has contributed to economic co-operation and growth sustainability, while various infrastructure construction and economic space connectivity projects have been developed. There has been some success in resolving bilateral issues as well. Two interstate agreements were signed following the adoption of the Declaration on Bilateral Issues, while the biggest success has been the historic agreement between Macedonia and Greece, whose name dispute, along with the dispute between Belgrade and Pristina, is stated in the final declaration of the Berlin conference in 2014 as one of the key bilateral issues. A lot of progress has been made in recognizing role of youth and youth involvement, while Regional Youth Cooperation Office (RYCO) role, established as the Berlin Process product, was welcomed as a very important organisation in promoting reconciliation and increasing regional cooperation between young people. Topic discussed most was youth unemployment. The representatives agreed that young people’s potential need to be harnessed but also remained concerned about high levels of brain drain. The Chair’s Conclusions of the Heads’ meeting of the London Western Balkans Summit welcomed the role young people and civil society had played in shaping the London Summit and strongly agreed that young people are the region’s biggest asset. They also agreed that more needs to be done to harness the potential of the young people.

London summit produced many results, particularly declarations of intent and respective agreements. The heads of state agreed to a “Joint Declaration on Regional and Good Neighborly Relations”, a “Joint Declaration on Missing Persons”, and a “Joint Declaration on War Crimes” (see the documents here). The interior ministers confirmed their intentions to further strengthen information exchange on serious organized crime and other security threats; to further cooperate in tackling the illicit possession, misuse and trafficking of firearms; to deal with human trafficking and the smuggling of migrants; and to deal with corruption (see here). They also agreed to establish a “Berlin Process Security Commitments Steering Group” to oversee the commitments, headed by the UK (see here). Foreign Ministers reiterated the positive developments in the region in the past year (see here).

In addition, the UK used the stage to announce changes in its Western Balkans policy (see here) which included a doubling in UK funding to the region from the Conflict, Security and Stability Fund, as well as a doubling of UK staff in the region dealing with security issues affecting the UK. Furthermore, the UK committed £10 million for digital education among young people; this is a programme run through the British Council from which 4,500 schools will benefit. In addition, the UK promised £1 million to help address legacy issues in the region, especially emphasizing the issue of missing persons in this context, which also had a particular importance during the summit.

One of the downsides of the Berlin process and commitments made at the Summit, is lack of monitoring institutions. Civil society, and its integral part, youth organizations, play a large role here, with keeping track, reporting and disseminating of actions of their respective governments in regards to the commitments made. Civil society should also continue with its contributions in shaping the priority areas to be tackled within the Berlin process, as well as ensure recommendations are provided on the issues at hand.