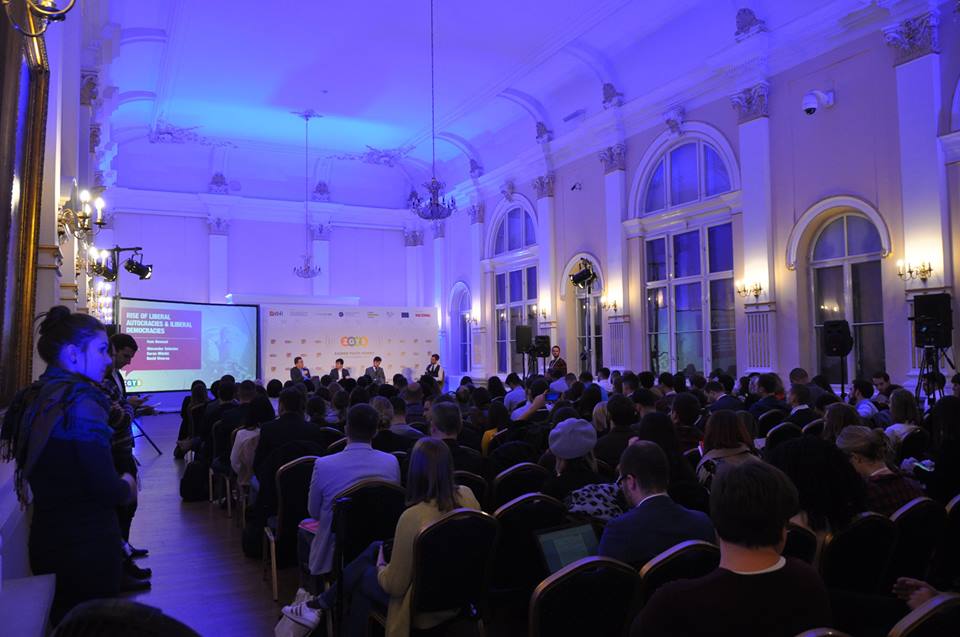 Centre for European Perspective was present at the Zagreb Youth Summit, which took place between 6 and 9 November at the Mimara museum in Zagreb. The Summit was organised by the Youth Initiative for Human Rights. In 2009, the first summit was held in Belgrade, followed by summits in Prishtina and Sarajevo in 2012 and 2015.

This year, the summit brought together 250 socially and politically active young individuals, who, in 13 panels, discussed current challenges that pose significant threats to the stability and advancement of democracy. The rise of of liberal autocracies, illiberal democracies and its consequences, populism, nationalism, the role of the youth and the millennial generation, were the main topics of the Summit.

Participants agreed that misuse of electoral processes and other democratic mechanisms resulted in decline of media and other freedoms, de-legitimisation of political opposition and civil society. They were united on common position that democracy, as a universal value, has to be defended and advanced universally.