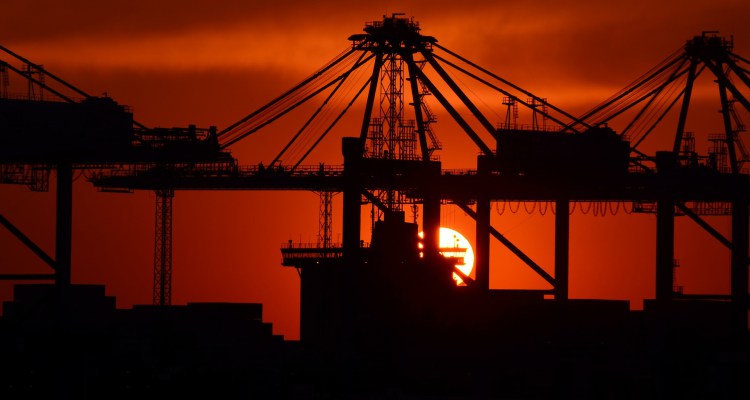 Karl Aiginger is Director of the Policy Crossover Center in Vienna and Professor of Economics at the Vienna University of Economics and Business Administration, Department of Economics. From 2005 to 2016, he served as Director to the Austrian Institute of Economic Research (WIFO). He is also co-editor at the Journal of Industry, Competition and Trade (JICT), and was coordinator of the research project ‘WWWforEurope – a new growth path for Europe’ from April 2012 to March 2016. His research areas include: industrial economics and policy, competitiveness of industries, regions and nations, financial crisis, and economic strategy and policy.

On 11 July 2017, WeBuildEurope spoke to him about OBOR – the Chinese trade and investment initiative – and its implications for the European Union.

WBE: Does the Chinese OBOR strategy pose a threat to the EU?

A: It is an advantage to both, and should be a start of cooperation. The EU and China should shape the welfare-increasing globalisation process together, and especially at a time in which the US is retreating from the global stage (‘America first’), which also means less imports and more protectionism. China and the EU know that globalisation of trade and investment can increase incomes and reduce poverty, but also that it has to be shaped in a political process and by looking at mutual benefits. OBOR is an essential part of the Chinese strategy, and China is able and willing to invest a lot of money in an infrastructure that reduces trade costs. For the EU, OBOR is an opportunity because it connects Europe more closely with Asia, including the Post-Soviet space and the Black Sea region, but also India.

WBE: So, besides offering possibilities for cooperation, OBOR does not pose a threat to the EU?

A: It could also be a threat, if the Road is used one-sidedly. But currently the EU has a trade deficit with China, and willingness to increase investment into a better infrastructure in neighbourhood countries is limited and expectations of further enlargement to the East seems stalled by political conflicts. Important is to communicate and cooperate with China, so that the European firms may participate in building the Belt and so that European technologies and priorities for the environment are respected. The final result of the Chinese initiative and the European offer for cooperation, would then be positive not only for Europe and China, but also for other countries, the environment, and labour conditions.

An example is decarbonisation: Both the EU and China have signed COP21. Trade here is key: Both China and the EU can provide technologies. While the regions might go different ways, the aim is the same, and we can learn from one another.

So, as long as both partners can bring what they can do best, OBOR is a positive thing.

However, some countries in the EU may see it as a threat, and some companies complain that investment in China is difficult. But Chinese companies claim the same about some EU countries. Successful cooperation in building new infrastructure may increase cooperation on other levels: trade and investment in each country, as well as in partners along the Belt. The approach must be cooperation.

WBE: What possible difficulties do you expect? Any transparency issues or negative environmental impact?

A: Yes, in the current plans for the Belt, environmental standards are not always respected. There are differences in legal systems, corporate governance, etc. Different standards might pose some difficulties. Nevertheless, the goal shall be cooperation, for example in the form of joint ventures. Each side will have its goals and requirements in mind. The EU should ask for respect of its standards and values.

WBE: Is there a grand vision behind OBOR?

A: China has its own political and economic goals, as does every country. It once was the larges economic area and now it is about to return to that position. As far as concerns the political system, Europe is assessed as a soft power, in contrast to the United States and Russia, which are seen more as a hard powers. China has to find its own position. China has often looked for peace and has the potential to employ soft power – I think it also fits Chinese culture. The nation wants to have a fair share in international organisation and finance institutions, and has a lot of money, so it is looking for international investments. The EU would be well advised to offer a safe investment environment. Norway would be a good example of a country where China can safely invest.

WBE: Could China come into competition with the EU on soft power and cultural influence in Central and Eastern Europe (CEE)?

A: Generally speaking, yes. So far, the EU was the only soft power, and was the hegemon of the social welfare state with very high expenditures for social security. Welfare systems within Europe are now much different. To find the real answer, we have to distinguish between the CEE countries that are already EU Member States, and CEE countries with candidate status for accession: In 2004, the then new members were very quickly integrated into the Union, even though they had a very different system. The process happened under a lot of constraints and stress; problems with migration, wage disparities, etc. nevertheless, given the huge task, the integration process happened very fast. Today, Eastern European countries grow 2 to 4 per cent faster than Western European countries, and were also able to manage the financial crisis quite well. A problem is that Russia has an interest in destabilising these countries. Also within the countries there are Pan-Slavic movements aiming for closeness with Russia.

In the non-member countries (the Western Balkan, Turkey, and the Black Sea region) the EU has not done enough in terms of investment or fighting political and structural problems like corruption. In these countries, the EU should cooperate more. An example is Ukraine: There, the EU did not sufficiently encourage ethnic groups to cooperate with each other. It forgot ethnic differences have to be resolved before integration into the EU can start. Similarly, Turkey, a country that has aimed for EU membership for decades, has not been welcomed. Today, the political environment in Turkey has changed significantly, but only 10 years ago it was strongly pro-EU.

WBE: The 16+1 framework: Could it be the EU’s foot in the door to OBOR and China, given the fact it consists of both types of countries (the CEE EU Member States and the CEE non-Member States)?

A: Yes, in general we should look for these types of frameworks for cooperation – we do not know what will ultimately be successful, but it will definitely enhance the cooperation.

WBE: Is there room for the EU to cooperate with China on peacekeeping and peacebuilding?

A: Yes, of course. And it is very, very necessary. The EU and China look at problems from different angles – as do other countries in Asia or Africa – and we should not be too one-sided. The Chinese perspective could enrich the way the EU solves conflicts. China is an important and necessary partner: in conflict resolution, conflict prevention, stopping global warming, and shaping globalisation.

For more information on Professor Karl Aiginger and his work, see: http://karl.aiginger.wifo.ac.at/