How to combat human trafficking in the cities of the Danube region? 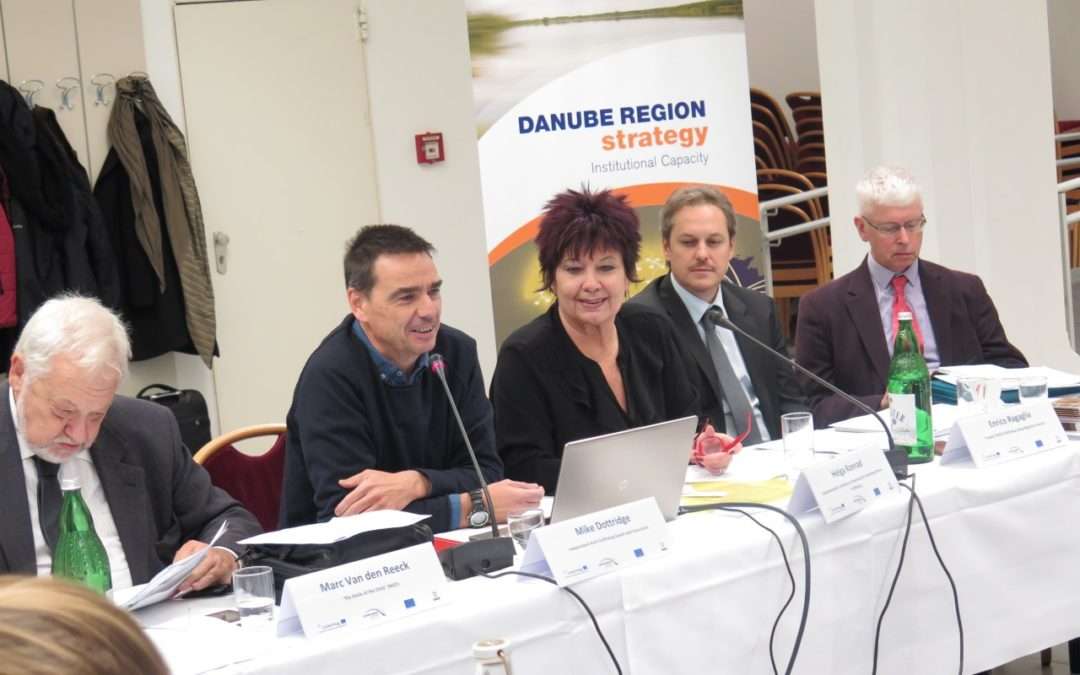 For victims of trafficking in human beings, the Danube Region is not only a destination for exploitation. A significant amount of victims of human trafficking in Europe is recruited from within the Danube Region, in particular within Romania and Bulgaria. Cities and municipalities can play a crucial role in identifying and assisting victims as well as preventing trafficking in human beings as local actors are closest to both victims and traffickers. Effectively combatting trafficking in human beings requires cooperation between different local stakeholders from public authorities and law enforcement, civil society and further actors involved in the field as well as a coordinated transnational approach. However, cities and municipalities often lack the capacities and know-how to act accordingly and need to establish cooperation ties between the various stakeholders.

Priority Area 10 “Institutional Capacity and Cooperation” of the EU Strategy for the Danube Region (EUSDR) organized the Round Table on “Preventing & Combating Human Trafficking and Exploitation at Local Level” in Vienna on 24th of November 2017. Experts and newcomers from public administration, civil society, international organizations and academia shared their experience in the fight against trafficking in human beings (THB). Slovene experiences were presented by Society Ključ (Društvo Ključ) and Slovenian Karitas, supported by CEP representative.

The participants emphasized the important role of local actors in fighting trafficking in human beings as they are the closest to both victims and traffickers and can therefore more easily detect them. However, there are severe gaps and training needs among frontline responders. Claudia Singer (EUSDR Priority Area 10) presented the recent “Guidelines for Municipalities” in the Danube Region that provides some guidance for identifying and assisting victims of human trafficking as well as mapping and preventing human trafficking at local level.

In a current study, the International Centre for Migration Policy Development (ICMPD) analyses the risks of exploitation, training needs as well as good practices in victim protection. Enrico Ragaglia (ICMPD) pointed out that one of the challenges is that victims might not be aware what crime they are victim of, which makes the detection of victims more difficult for official bodies. Additionally, the status of victims can be challenged through the transnationality of the crime, meaning that victims of human trafficking might not be classified as victims in the legal sense in the country of destination as the crime of human trafficking took place in a different country. Thus, victims are not part of a legal procedure and are not granted victim rights.

Against this background, the experts shared examples of proven measures to support victims such as toll-free helplines, setting up crisis units with stakeholders from different sectors that assist victims and evaluate the state of play on a regular basis, drafting a set of tasks for collaboration or envisaging protection programmes. Experts from city administrations and civil society presents some good practices addressing better coordination through standing working groups (Vienna, AT), cooperation between civil society and law enforcement (Ljubljana, SI), comprehensive assistance for victims (Barcelona, ES) and awareness raising (Moscow, RU).

The next D-CAHT seminar will take place in the first half of 2018 in Ljubljana, Slovenia.

The Round Table on “Preventing & Combating Human Trafficking and Exploitation at Local Level” is part of the initiative Danube Cities Against Human Trafficking (D-CAHT) of Priority Area 10 “Institutional Capacity and Cooperation” of the EU Strategy for the Danube Region (EUSDR). The initiative aims at raising awareness of trafficking in human beings among local actors, providing local actors, administration, representatives of NGOs with information and know-how by highlighting good practices in cities and municipalities and identifying common challenges and provide practical tools for the work of local actors.

The Round Table on “Preventing & Combating Human Trafficking and Exploitation at Local Level”  was co-financed by the Interreg Danube Transnational Programme/European Union and the city of Vienna.

Guidelines for Municipalities: Stepping up local action against human trafficking in the EU Strategy for the Danube Region 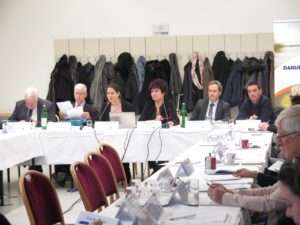 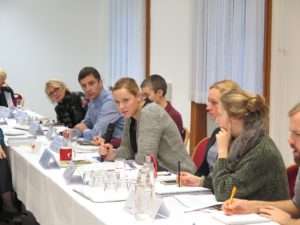