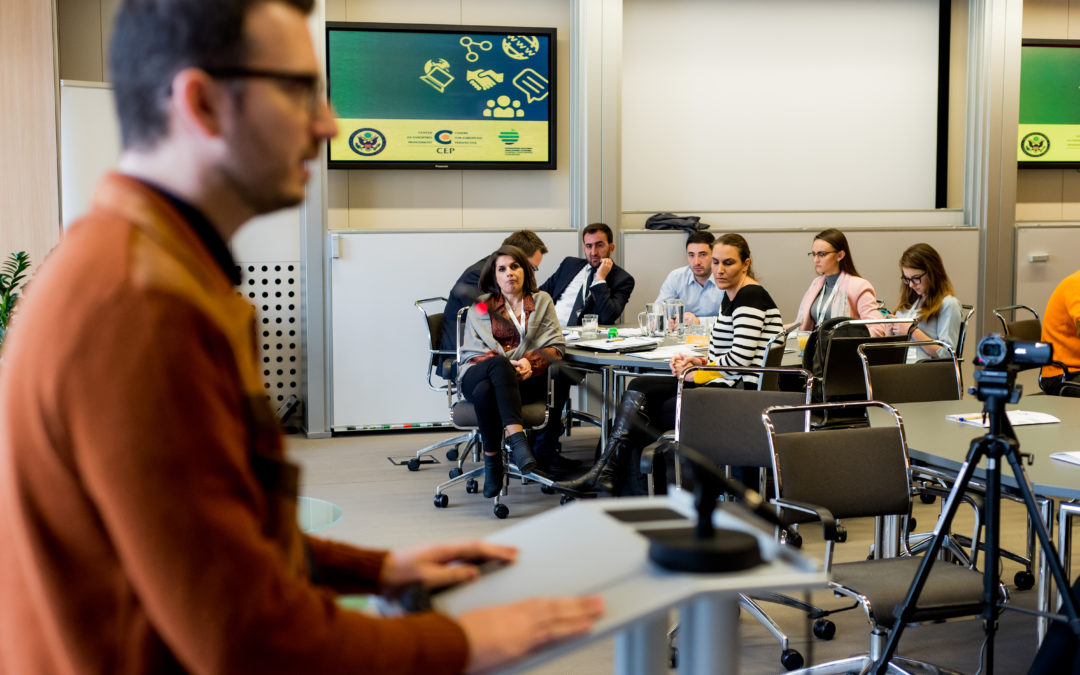 Digital diplomats, PR representatives, digital media editors and other digital devotees gathered in Bled, Slovenia this week for the training course “Enhancing Digital Diplomacy in the Western Balkans and Eastern European Countries”. The training took place between 28 and 30 November and attracted over 70 participants from Albania, Bosnia and Herzegovina, Georgia, Kosovo, Macedonia, Moldova, Montenegro, Ukraine and Slovenia. Through a training, covering a range of topics from theory of public relations and public diplomacy to specific use of digital tools and practical examples of digital campaigning, high-ranking officials from nine participating countries boosted their communication skills and established a network of digital diplomacy professionals.

The morning of the first day was devoted to introductions by the representatives of the organizers, Gautam Rana, Deputy Chief of Mission at the U.S. Embassy in Slovenia, Sabina R. Stadler, Director-General of the Directorate For Multilateral Affairs, Development Cooperation and International Law, Ministry of Foreign Affairs of the Republic of Slovenia, and Peter Grk, Secretary General of the Bled Strategic Forum and Member of Executive Board of the Centre for European Perspective.

Afterwards, the participants were absorbed in the nature of the digital future, discussing why is it important to be present online, what is the state of the digital media in Europe and who are the audiences that the institutions would target. Story-telling, misinformation and digital ecosystem building were also addressed by a number of excellent practitioners, among them Shawn Powers, Lee Nilsson and Matt Jacobs of the U.S. Department of State, Mathias Lüfkens, Burson-Marsteller, Marko Zoric, BBC YouTube Editor, and Nataša Briški and Aljaž Pengov Bitenc from Metina lista.

The second day of the training brought a close-up view on the digital campaigning, starting with a session on the interconnections between digital campaigns and official development cooperation on the case of Slovenia, where dr. Melita Gabrič, Simona Vučak and Miriam Možgan of the Ministry of Foreign Affairs of the Republic of Slovenia presented the activities in the framework of Slovenian diplomacy. In the afternoon, participants were given different scenarios through which they had to build a digital campaign, answering the most important questions that appear in the process of planning. Facebook keynote on the importance of digital communities was delivered by Sharon Yang from Facebook.

The last day focused on the visual and video content and YouTube as a channel of communication featuring workshops with Marko Zoric, BBC YouTube Editor and Oliver Mertz of U.S. Department of State. Aljaž Pengov Bitenc and Nataša Briški from Metina lista reflected on their path of establishment of an online media platform and Jeremy Caplan from Tow-Knight Center for Entrepreneurial Journalism, CUNY Graduate School of Journalism engaged participants in an interactive learning-by-doing presentation of online production tools.

The project is organised in cooperation with the U.S. Department of State and is also a part of the CEP program activities financed by the Ministry of Foreign Affairs of the Republic of Slovenia in the scope of international development cooperation.

Take a look at the photo gallery from the training here: 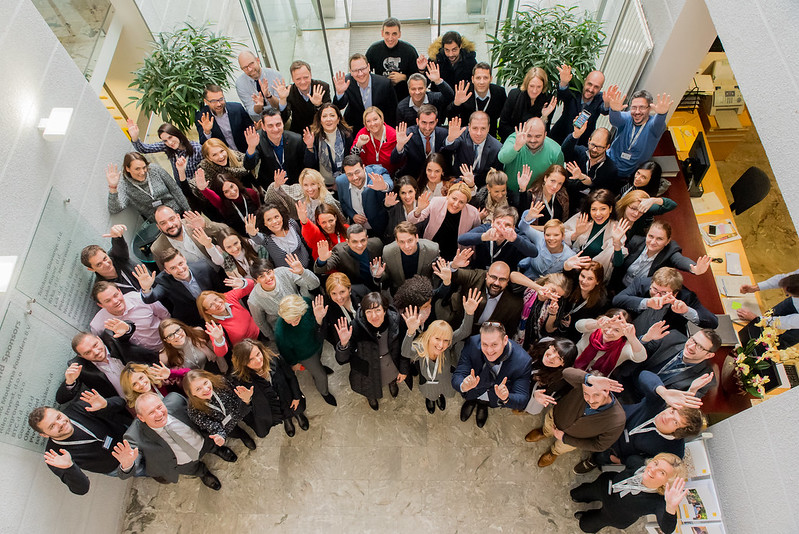 And get an insight into the bootcamp in our sneak peek video: