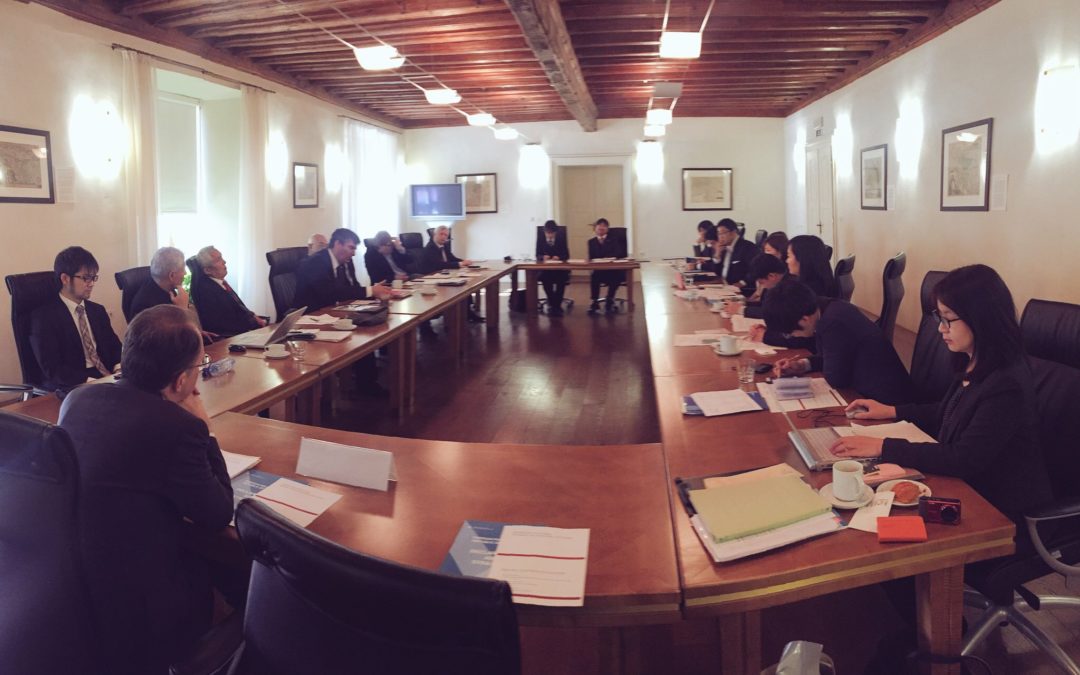 Centre for European Perspective and Service for Strategic Studies and Analyses of the Ministry of Foreign Affairs organized a workshop on the future of the EU and migrations for postgraduate students and lecturers from the Doshisha University from Kyoto, Japan.

The workshop, taking place on March 10, 2017 at Jable Castle, was opened with the introduction of the university by the Dean of the Graduate School of Global Studies and the Program Coordinator of the Advanced Doctoral Program in Global Resource Management, prof. dr. Masanori Naito. Dr. Naito pointed out that his university is among the eldest private educational institutions in Japan, established by Joseph Hardly Neeshima, who secretly escaped Japan in order to study in the United States of America. When the prohibition of travelling abroad was abolished, Neeshima returned to his homeland and established the university.

The visiting PhD candidates, two from Japan, four from China and one from the Philippines, Thailand, Malesia and Taiwan, had a chance to get to understand the Slovenian approach to foreign policy. Representative of the MFA, Ambassador Dr. Stanislav Raščan, introduced the Strategy and Declaration of Foreign Policy of the Republic of Slovenia, and Executive Director of Centre for European Perspective Dr. Gorazd Justinek presented the work of the organization in the Western Balkans.

As one of a few Japanese experts on Islam, dr. Naito discussed the current situation in Turkey, which led to a further discussion on the state of the wider region. Ambassador Igor Senčar introduced the recent developments in the debates on the future of the EU, Ambassador Vojko Volk touched upon the migration crisis and its impact on the Western Balkans, and Ambassador Iztok Mirošič explained the ongoing debate surrounding the decision of the United Kingdom to leave the EU.