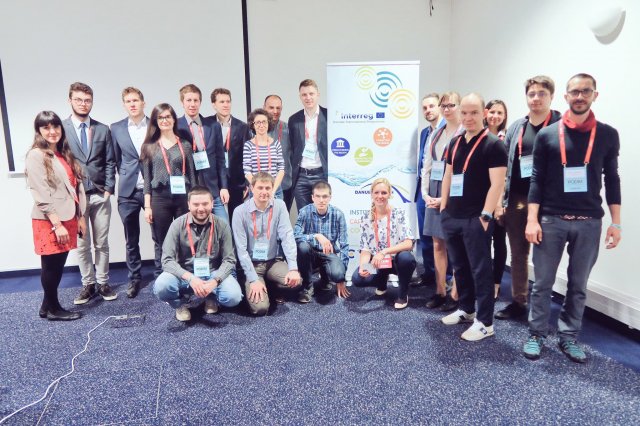 Centre for European Perspective has made a step towards enhanced cooperation among young Danube experts in Maribor, between 10th and 12th May 2017. Young and potential entrepreneurs were invited to international conference PODIM that shows a great example of multi-level governance – cooperation of municipality, state and private sector that share a common goal.

PODIM conference is a leading start-up conference in Alps-Adriatic region that has been first time organized 37 years ago! In this time, it developed from a smaller entrepreneurial conference to leading gathering in the region. It shows how actors from various fields and levels can work together and reach much more than they ever could alone.

CEP as PA10 coordinator hosted 20 young entrepreneurs from ten Danube countries (Bulgaria, Croatia, the Czech Republic, Hungary, Romania, Slovakia, Montenegro, Serbia, Moldova and Ukraine). They were selected on the basis of the PODIM Challenge call that initially received 131 entrepreneurial ideas. Young entrepreneurs had to present their idea, team and business plan. Among over 200 start-ups from the Danube region and wider, four teams (from Czech Republic, Hungary, Slovakia and Ukraine) got into the semi-finals where 20 best start-up ideas pitched in front of the experts and investors. Slovakian start-up – Unigraph & Ingen.io that developed a layer of artificial intelligence to analyse texts and understanding, based on internal knowledge graph, which stores information about each facility in the world in which we live – got into finals and was voted as second best in the PODIM challenge.

Participants had a chance to listen to the inspiring and content-rich speeches and workshops, delivered by serial start-uppers, investors, initiators from all four corners of the world. They met with the investors through one-on-one meetings, they widened their horizons at the consulting and coaching sessions and discussed their ideas with the young people with a similar entrepreneurial mind-set. At the same time they had opportunity to meet Slovenian national start-up organization as a facilitator of cooperation within Slovenia, municipality representatives as well as various stake-holders from private and public sectors.