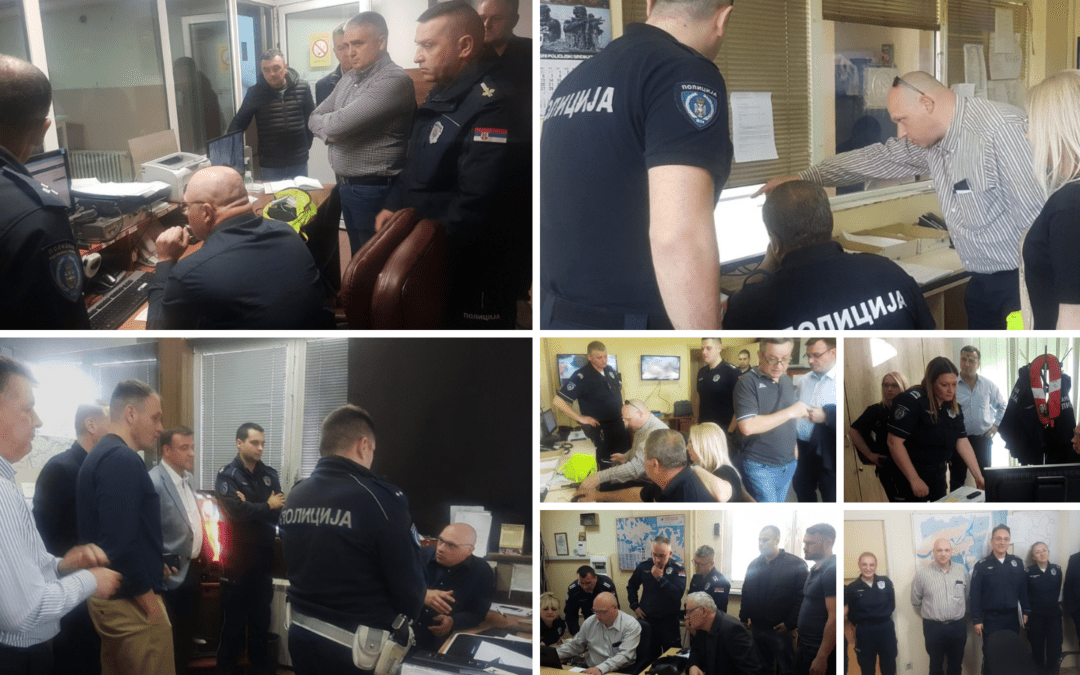 Serbia has recently invested heavily in its police force, as the effective functioning of the police, as well as other rule of law bodies, especially with regard to migration and the fight against crime, which is not just in Serbia’s best interest, but it is also one of the basic requirements for EU membership. In the area of strengthening capacities for management of patrols for effective response in the field, Serbia has been working successfully with Slovenia through the international development cooperation programme.

Within the framework of this cooperation, a second field visit was held between 11 and 17 April 2022 in support of the system for the management of patrols in Serbia. It took place on the territory of the organisational units of the Police Administrations of Užice, Novi Pazar, Zaječar, Požarevac, Pančevo and Sremska Mitrovica as well as the police units of the Border Police Administration at the border crossing points with Croatia, Bosnia and Herzegovina, Montenegro, Bulgaria and Romania.

The field visit was an opportunity to review the implementation of the changes made so far and to discuss further improvements as well as provide advice on EU experience and standards in the organisational units already involved in the system for management of patrols. For those organisational units that are just joining the system, the visit was an opportunity to review the conditions for joining, carry out a preliminary consultation and to agree on the dynamics of integration.

The second field visit confirmed that strengthening the management capacity of the border, general and traffic police patrols is progressing well towards the goal of better responsiveness in protecting and assisting people, in particular, vulnerable groups; better coordination of police work in the field, including in the response to migration and in the fight against organised crime; and better protection of police officers in the performance of their duties.