Commemorating both achievements, the Ministry of Defence of the Republic of Slovenia together with the Slovenian Peacekeeping Operations Training Centre (POTC) organized a virtual international conference “Women, Peace and Security” in the format of the Central European Defence Cooperation (CEDC) Initiative with the additional participation of representatives from the Western Balkan countries and Luxembourg on 26 November 2020.

The introductory speech was given by the State Secretary of the Ministry of Defence, Mr. Uroš Lampret, and Ms. Katja Geršak, CEP/POTC Executive Director. Ms. Christine Löw, director of the UN Women Liaison Office Geneva, as the keynote speaker reflected on the milestones and setbacks in the past years.  She emphasized the importance of women’s equal and meaningful participation in peacemaking, peacekeeping, and peacebuilding. The UN needs to aim towards making women’s full, equal, and meaningful participation a requirement in all mediation teams, political transitions, and the peace processes it leads or co-leads.

According to the reports of the countries, significant progress has been made in on gender mainstreaming in the area of peace and security, which is the result of raising public awareness of women’s equal participation, gender mainstreaming in various policies, increasing women’s involvement in international operations and missions, and preventing sexual violence against women and girls. The constant growth of the percentage of females serving in the national defense forces and their increased participation in international missions and operations has been highlighted throughout the conference. Today women perform a wide range of duties in the armed forces from leadership and command duties through staff duties to various specialist duties. It is important to raise public awareness, that military does not belong exclusively to men and that performance of female soldiers is as professional as one of their male colleagues. Throughout these years countries integrated the WPS Agenda into various lectures within their military education and training systems. Nowadays, we can expect women’s rights to be a part of military school curriculums, pre-deployment courses, and other specialized courses. In connection with the increased educational activities in that field, the need for translation of relevant gender perspective materials into countries’ native languages, has also increased in the past years.

The conference was a great opportunity to analyze, revise, and reflect on the implementation of the Women, Peace and Security Agenda and the activities accomplished in that field over the past years. A collection of introductory speeches, contributions of participants, and conclusions of the conference will be published in a form of a compendium in the next weeks. 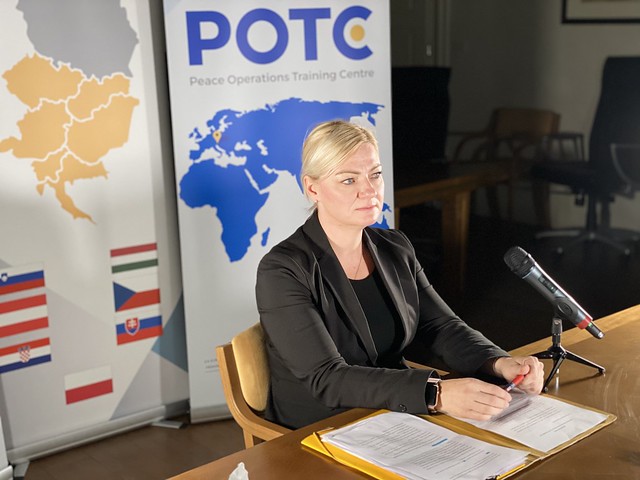