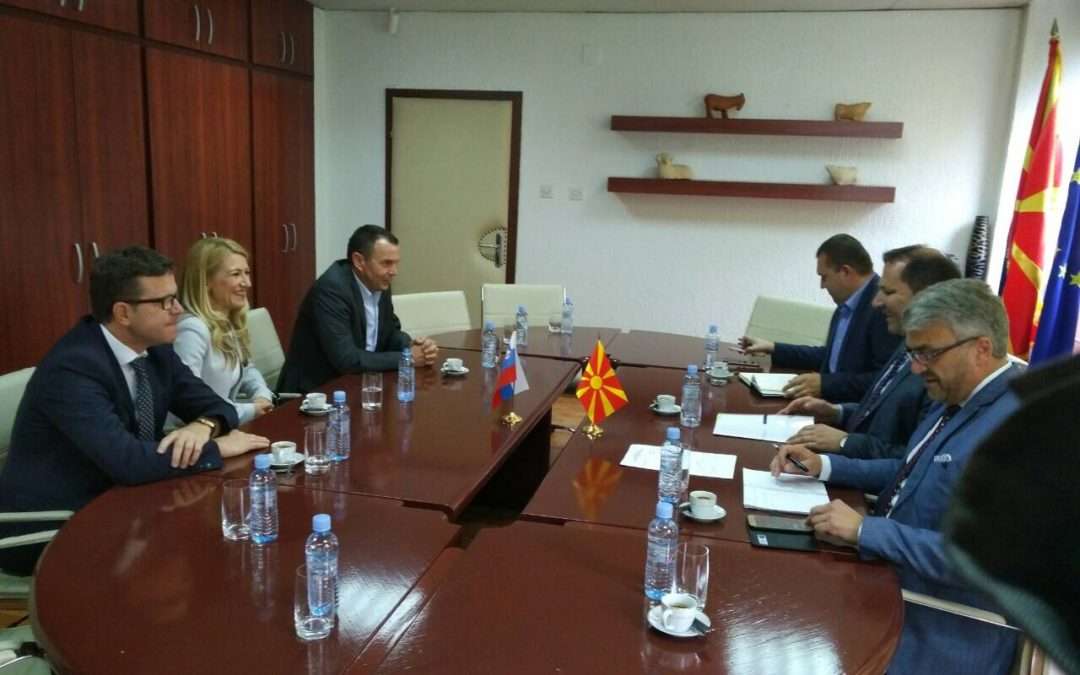 At the margins of high-level inter-sectorial workshop dedicated to financial investigations, on 18 May 2018 the Minister of Interior of the Republic of Macedonia Oliver Spasovski received the following Slovenian delegation: Mr Darko Majhenič, the Director of National Bureau of Investigation, Mr Harij Furlan, Head of the Group of state prosecutors for the prosecution of organized crime at the Office of the State Prosecutor General of the Republic of Slovenia, and Ms Andreja Dolničar Jeraj, Programme Director at the Centre for European Perspective who lead the delegation. The Head of Sector for IPA and Community Programmes Mr Sasko Kocev and Advisor to the Minister Mr Veton Kranlievski also joined the meeting.

They discussed outcomes of the workshop and experiences of Slovenia with changes made to the legislation and implementation of financial investigations. Since the Ministry of Interior leads the project on Macedonian side, it was suggested Minister Spasovski would host autumn inter-sectorial meeting and consider future activities for cooperation in the next programming period.

Project is part of CEP’s program activities financed by the Ministry of Foreign Affairs of the Republic of Slovenia in the framework of Slovenia’s Development Cooperation.

Pages: 1 2
We use cookies to ensure that we give you the best experience on our website. If you continue to use this site we will assume that you are happy with it.Ok