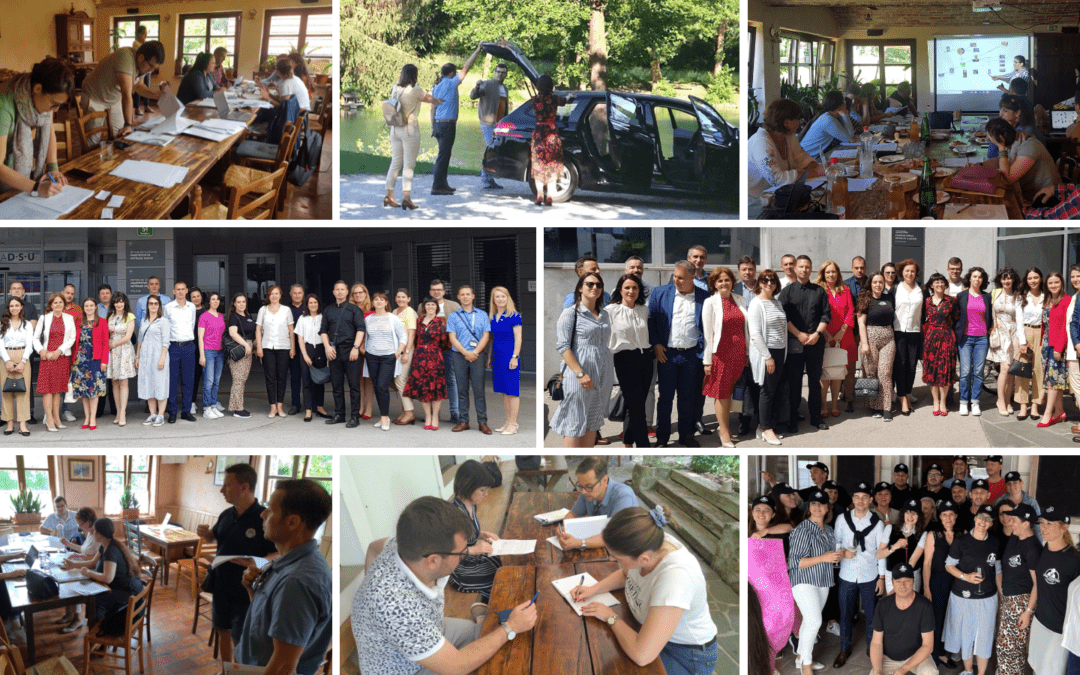 In line with the recommendations of the European Commission, North Macedonia is stepping up its efforts to improve the effectiveness of law enforcement in fighting certain forms of crime, such as money laundering and financial crimes.

Financial investigations leading to the confiscation of proceeds of crime derived from offenses and illicit assets are weapons, which the Macedonian investigative and law enforcement authorities are using with increasing frequency and success in the fight against organized crime and corruption.

On this path, Slovenia offers support and assistance to North Macedonia through international development cooperation. In the framework of this program, 17 representatives from the units of key institutions dealing with financial investigations in North Macedonia: the Ministry of the Interior, the Customs Administration, the Financial Police Office, and the State Prosecutor’s Office, were hosted for a working visit from 6 to 9 June 2022.

During the first part of the working visit, the Macedonian participants met with some senior officials and other representatives of institutions dealing with financial investigations in Slovenia: the Supreme State Prosecutor’s Office, the Specialised State Prosecutor’s Office, the Financial Administration, and the Ministry of the interior, where they had the opportunity to exchange experiences and learn about the work of their Slovenian colleagues.

The second part of the visit was followed by practical workshops in the field, where simulated financial investigations were carried out. The extremely intensive agenda demonstrated the good preparedness of the Macedonian investigative authorities, who had the opportunity to test their operational performance in practice as well as the implementation of the Common Guidelines adopted by the Macedonian institutions in 2019 in Ljubljana.

The working visit showed that Macedonian institutions and investigative authorities have made remarkable progress in making financial investigations more effective, which was confirmed not only by their Slovenian mentor and colleagues but also by the participants themselves.

The working visit participants expressed their gratitude to Slovenia for its friendly assistance and continued support for North Macedonia’s reform efforts on the path to the EU, and were assured by their Slovenian colleagues and interlocutors that they can count on Slovenia’s support in the future.