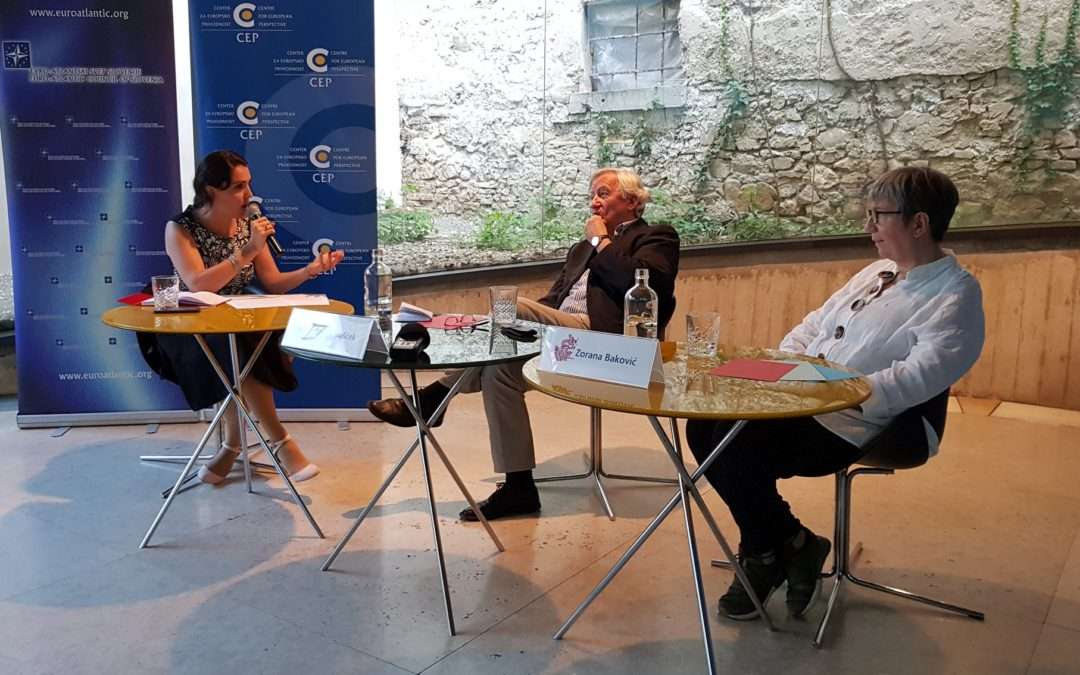 The round table “Rising Dragon and Euro-Atlantic (Security) Paradigm” co-organized by the Centre for European Perspective and the Euro-Atlantic Council of Slovenia, took place in Ljubljana on 9 July 2018.

In the model of a crisis room, the round table discussed the presence and influence of China as a rising power on the power relations within the Euro-Atlantic space. Prof Dr Anton Bebler, president of the Euro-Atlantic Council of Slovenia, Dr Gorazd Justinek, director of CEP, and Mrs Sabina Carli, CEP and moderator of the round table, mentioned in their introduction the rise of China for the last 20 years: economic growth, increase in military spendings, but also growing political and cultural influence. Recent advancements, such as the beginning of a trade war between the USA and China, and the 16+1 initiative, are going or are already affecting the Euro-Atlantic sphere.

The speakers, Ms Zorana Baković, journalist and one of the best European experts on Chinese politics and culture, and Dr Uroš Lipušček, journalist and reporter from Beijing, addressed the current challenges of the European Union and the United States facing China’s rise. The round table was lead towards a central question: Is China a global or still a regional power? During the discussion, three spheres of interest were examined: the role of China in its own region, the relationships between the EU and China, and Chinese role on the global stage.

The Centre for European Perspective and the Euro-Atlantic Council of Slovenia had the pleasure to greet Ambassador Marija Adanja, diplomat and former ambassador of the Republic of Slovenia in Beijing, who brought her expertise to the debate.

Author of the article: Francois Lhoumeau