Save the Date: Debating EU Enlargement and Western Balkans in Brussels 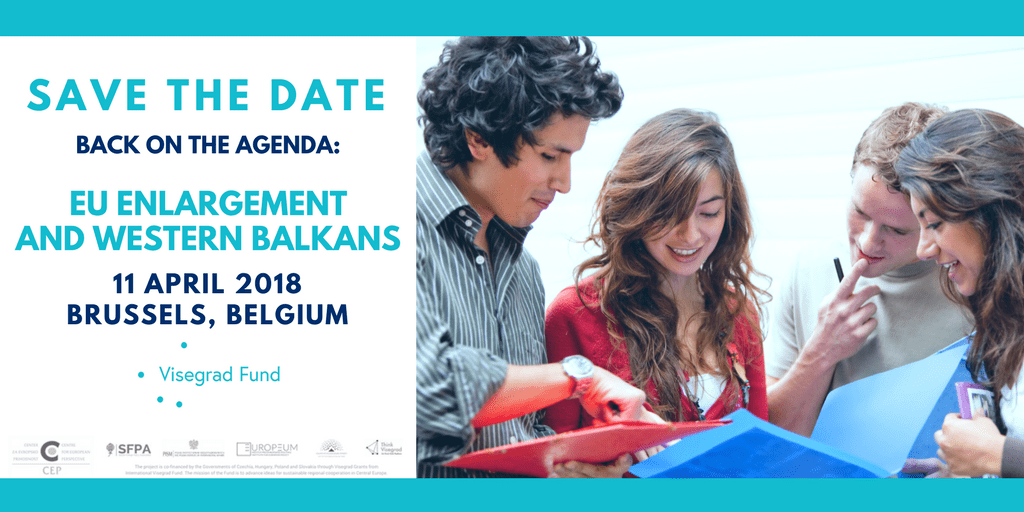 Centre for European Perspective is organising a public debate in Brussels on April 10-11, 2018 titled Back on the Agenda: EU Enlargement and Western Balkans. Save the Date and join us!

The Western Balkan has returned to the agenda of the European Union. However, getting closer to the EU also brings greater responsibility. The European Commission’s motto ‘exporting stability, rather than importing instability’ must remain a strong pull factor, since it carries the idea of strengthening WB democracies and finally implementing economic and social reforms, which would have tangible results for citizens. The EU-WB enlargement strategy, numerous top-level visits by EU representatives, including a wide range of different regional initiatives, are charting the EU’s path ahead. Nevertheless, it is the empowered civil society of the Western Balkans that are best at voicing their ideas and perspectives.

And which part of society is more relevant for outlining the prospects for an (EU) future than the young generation?

The project is co-financed by the Governments of Czechia, Hungary, Poland and Slovakia through Visegrad Grants from International Visegrad Fund. The mission of the fund is to advance ideas for sustainable regional cooperation in Central Europe.