Centre for European perspective (CEP) has successfully concluded its third pit-stop of the Start:up Balkan tour in Tirana. 50 young entrepreneurial people participated in the workshop and 7 start-ups pitched their idea in front of business experts and potential investors.

Event in Tirana was opened by Milena Radenković, Deputy Head of Mission at the Embassy of the Republic of Slovenia, who welcomed the participants and expressed her support to CEP for the work done, continued by Kebiana Doci, Political, Press and Public Affairs Officer at British Embassy who presented the work of UK in the field and stated that they are supporting initiatives like this as one of the leaders in technology and development. She also gave an insight into the topic of digital technology and youth, which in her opinion greatly helps in creating job growth and economic opportunities for the countries. Further on participants were welcomed by Ernest Nako, Ecocystem Manager at the host organization, Protik. He shortly presented the work they do and start-up ecosystem in Albania, while he also stressed the importance of such opportunities for youth and growth in Albania. Fourth on the agenda was Tatjana Zabasu, Managing Partner, South Central Ventures, who strongly encouraged the participants to apply for Podim challenge, as well to step out of their comfort zone and think globally, but especially not to give up early in the process. She was followed by Meliha Muherina, CEP Project Manager, who gave an insight into the beginnings of the project started by CEP within Positive Agenda for the Youth in the Western Balkans, adopted at the Brdo-Brijuni process summit in Slovenia in April 2015. Finally Matej Rus presented Podim conference and ways for startups to join.

7 local start-ups were given a chance for a three-minute pitch, followed by a feedback delivered by experts and potential investors. Event concluded with informal meeting in relaxed environment between investors and startups.

Start:up Balkan is program in the framework of the project ‘Establishing an Integrated Start-up Ecosystem in the Western Balkans’ powered by CEP and PODIM and supported by the British Embassy in Ljubljana. 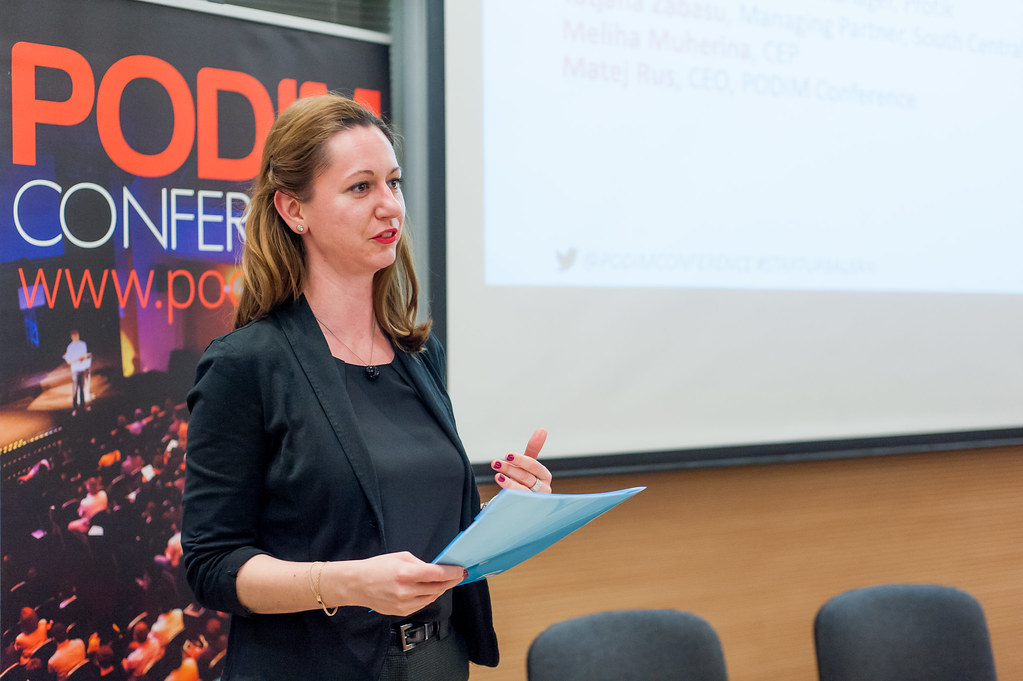