The Civil Society Forum of the Western Balkans in its conclusions on the issues of economic stability in the region emphasise: “The per capita income of the Western Balkan countries is just 27 percent of the EU15 average. Over 50% of youth population is unemployed, with one country reporting the youth unemployment rate of 63 percent, the Europe’s highest. Women participation in the active labour market starts at 30 percent.

The small and medium enterprises and social enterprises provide less than 30 % of total employment. The economic hardships, poverty or a lack of jobs, lack of opportunities and future prospects result in sizeable migration that drains the region of its most educated and skilled residents.

The governments of the Western Balkans have so far rather failed to find solutions for development of the human capital, mobilizing youth entrepreneurship and supporting SMEs for the new economy.

A new growth model is needed to reach the digital frontier. It should be based on innovation and entrepreneurial spirit of the new millennial generation. The process should begin with a serious policy discussion on (youth) entrepreneurship, the digital frontier, ecosystem and infrastructure, and conditions required to move key sectors towards a digital economy.”

In order to support the endeavour of the countries of the Western Balkans, the Centre for European Perspective has been engaged in the entrepreneurial programmes for the last five years, bringing together young entrepreneurs from Bosnia and Herzegovina, Kosovo in the first years of the programme, from the Danube macroregion in the past two years and from all the countries of the Western Balkans in this year.

Over 50 participants are gathering at Jable Castle today for a breakfast with the Ambassadors of their countries in Ljubljana and for a short discussion with members of Slovene start-up environment, together with representatives of the Ministry of Foreign Affairs, responsible for the Western Balkan policies.

The event at Jable Castle started with a breakfast with Ambassadors and embassy representatives, attended by the representatives of Albania, Bosnia and Herzegovina, Kosovo, Macedonia, Montenegro and Serbia. Participants were also greeted by Ms Nataša Adlešič Barba of the Ministry of Foreign Affairs and Dr Gorazd Justinek, CEP’s Executive Director.

In the discussion with Technology Park Ljubljana’s representative Dr Jernej Pintar, Entrepreneurship Development Expert, illustrated the CEOs of the TOP10 start-ups at the park: “Modest, creative, smart and super hard-working. Just like you.” He emphasized funding opportunities, coworking spaces and investors. Yet Dr Pintar exposed the most important aspect of entrepreneurship in a country – the community. He gave a group three advises: “Firstly, sales – technology, development are only one leg. It’s story-telling, it’s talking to your customers, it’s selling. Secondly, develop your team. Seek for energy, intelligence and integrity. And finally, learn how to make mistakes.”

Dr Aleš Pustovrh, co-founder of the ABC Accelerator, presented the accelerator and their programmes but also discussed how to remove barriers to success with the entrepreneurs. Besides the finances, networking opportunities and know-how, he emphasized business skills.

Mr Peter Grk and Ms Alenka Košir from the Ministry of Foreign Affairs presented the Positive Agenda for Youth and led a discussion with the participants on the topic of economic development of the Balkans, employment prospects, entrepreneurial policies, youth initiatives and the challenges of start-upers in the Western Balkans.

On 15 and 16 May 2018 the group of young and promising entrepreneurs moved to Maribor, Slovenia to participate in the biggest networking event for start-ups in the Alps-Adriatic Region, to take part in the PODIM Challenge pitching competition and to meet PODIM investors and blue-chip partners.

The programme in Maribor involved a number of intriguing lectures, panels and round-table discussions on business, business development, investments, artificial intelligence, virtual reality, block chain technology and ICOs and other topics that are of high interest to the young entrepreneurs. As part of the programme, PODIM Challenge TOP 20 took place in which the best 20 start-ups attending the conference pitched their ideas in front of an expert jury. Meerkiddo (BiH), Integromat (Czechia), Agremo (Serbia), Aeriu (Hungary) and Flawless App (Ukraine) were selected among our participants.

With the final ceremony in Maribor, Centre for European Perspective also concluded the Start:up Balkan tour and selected the winning start-up that will get a chance to travel to London for a business-boosting visit in a global start-up hub. The winner is Meerkiddo from Bosnia and Herzegovina, that created a parental control app that helps parents supervise their children using a mobile phone. 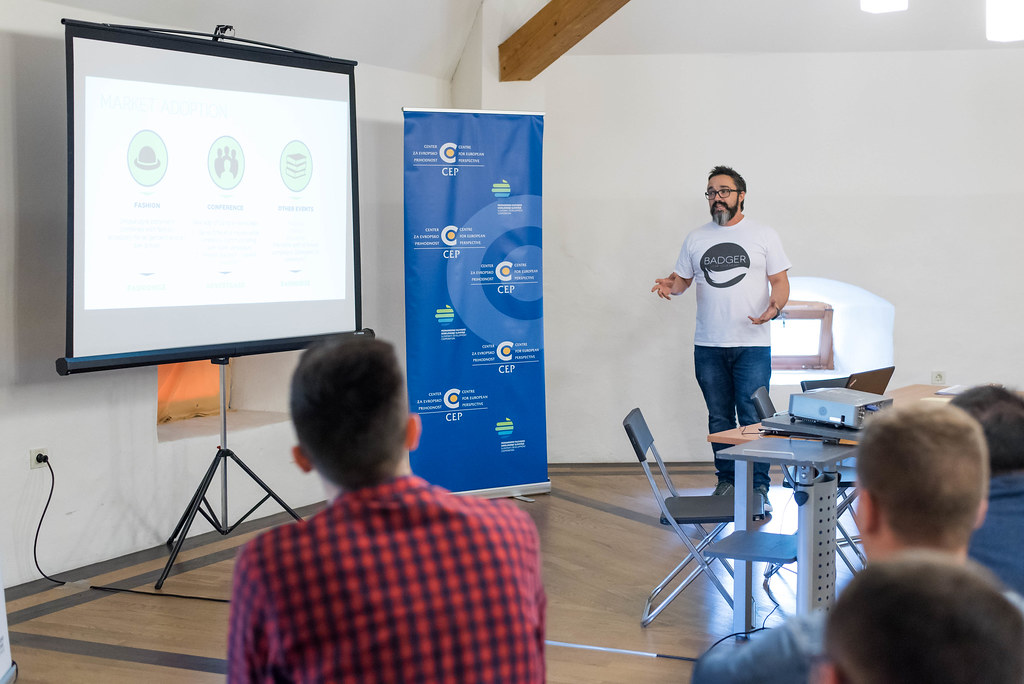 Project is part of CEP’s program activities financed by the Ministry of Foreign Affairs of the Republic of Slovenia in the framework of Slovenia’s Development Cooperation.