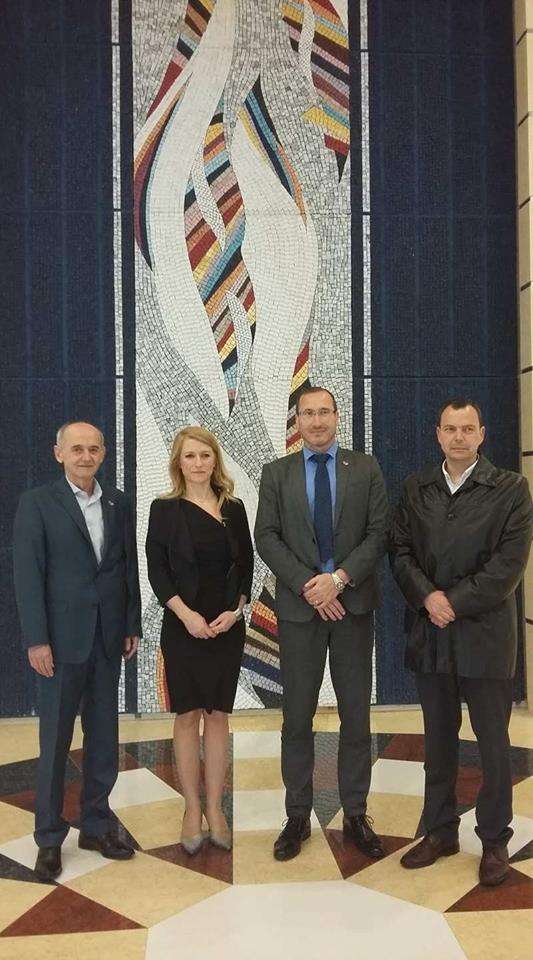 The talks focused on the needs assessment in the framework of a two-year development project “Support to Macedonia in accession to the EU in the Chapter 24 – financial investigations” that has been in place since early 2017. State Prosecutor General of the Republic of Macedonia Mr Ljubomir Joveski expressed his interest for exchange of experiences with Slovenia and confirmed cooperation of both state prosecutor generals in the future activities, including a three-day workshop taking place in May 2018 in Macedonia. He expressed his optimism, since such projects contribute to stronger cooperation between the institutions inside Republic of Macedonia in investigations and fight against organized crime and corruption, as well as boost cooperation between prosecution offices and other bodies in Republic of Macedonia and Republic of Slovenia.

Project is part of CEP’s program activities executed in cooperation with the Ministry of Interior and the Office of the State Prosecutor General, financed by the Ministry of Foreign Affairs of the Republic of Slovenia in the framework of Slovenia’s Development Cooperation.