Centre for European perspective (CEP) has successfully concluded its fifth event in the framework of the Start:up Balkan tour in Skopje. 70 young entrepreneurial people participated in the workshop and 6 start-ups pitched their idea in front of business experts and potential investors.

Participants in Skopje were welcomed by H.E Prof. Dr. Milan Jazbec; Ambassador Extraordinary and Plenipotentiary, Slovenia, who stressed he sees CEP as a key instrument of Slovenian soft power and compared it to top ten European think tanks around Europe. He also mentioned the importance of such projects for the region and encouraged youth to develop their ideas into plans. Further on participants were welcomed by local host, Vesna Ivanoska, CEO, Seavus Educational and Development Center who shared her satisfaction with seeing such a large crowd of highly potential and inspirational people. Gorazd Justinek, CEP Director shed a light on role of CEP as the initiator of the project held as one of the first projects within Positive Agenda for the Youth in the Western Balkans adopted at the Brdo-Brijuni process summit in Slovenia in April 2015. Finally Matej Rus presented Podim conference and ways for startups to join. Two potential investors, Iskratel and Sava representatives presented themselves, work they do, and ways youth can join into their activities, while stressing the importance of such events for giving new possibilities and creating new opportunities.

Three keynote speeches were delivered. First one on the stage was Igor Madzov, Associate, South Central Ventures, who gave an insight into what it means to be investable, what funding to consider, how to be prepared for the avalanche of questions, and listed five essential elements that lead to success: idea; team/execution; business model; funding; timing and explained what they offer is infrastructure for succeeding. Second was Elena Draganovska, InPlayer, with suggestions on how to build and grow the company into a successful business, explaining that road to success leads through market analysis, getting the expertise you need, and building a good team. Third speech was done by Maris Prii, Startup Wise Guys, with an insight on accelerator programs and their value offers. She explained her views on different start up phases, accelerator vs. incubator; as well as selection criteria done by different organizations, where largest focus is given to the selection of the team.

6 local and international start-ups were given a chance for a three-minute pitch, followed by a feedback delivered by experts and potential investors. Event concluded with informal meeting in relaxed environment between investors and startups.

Start:up Balkan is program in the framework of the project ‘Establishing an Integrated Start-up Ecosystem in the Western Balkans’ powered by CEP and PODIM and supported by the British embassy in Ljubljana. 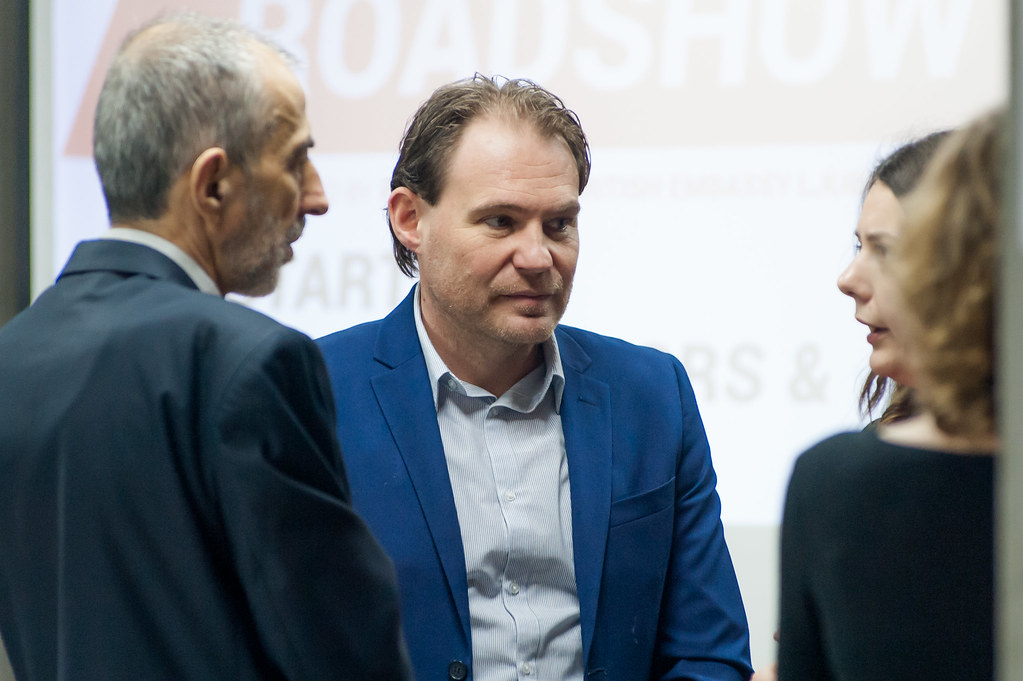