‘Western Balkans: Where do we go from here?’ video out 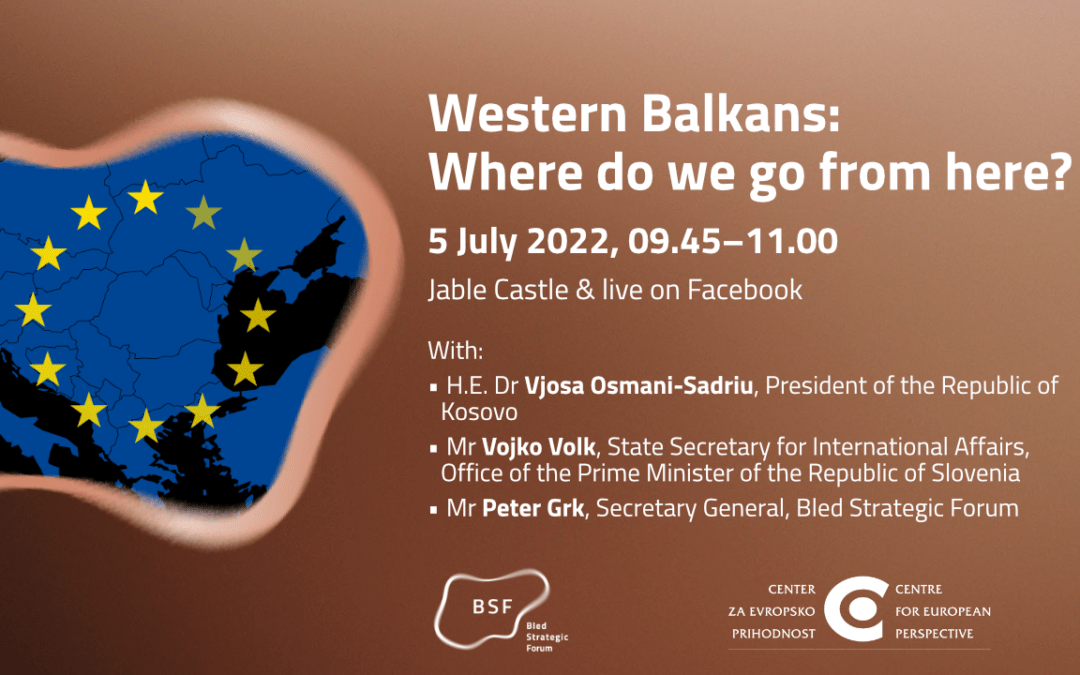 On Tuesday, 5 June the Bled Strategic Forum and the Centre for European Perspective were honoured to host the discussion with H. E. Dr Vjosa Osmani-Sadriu, President of the Republic of Kosovo and Mr Vojko Volk, State Secretary for International Affairs from the Office of the Prime Minister of the Republic of Slovenia.

The event titled ‘Western Balkans: Where do we go from here?’ focused on the EU enlargement process with H. E. Dr Osmani pointing out that the EU now “finally, after decades, looks at enlargement as a geostrategic concept, rather as a bureaucratic process”. While it can be discussed if this has changed due to the Russian invasion of Ukraine or in spite of it, the fact that Ukraine and Moldova were given candidate status shortly after submitting membership applications, did trigger a debate on whether the EU wants at all to admit the remaining six Western Balkan countries to full membership. And since 19 years have passed since the adoption of the Thessaloniki agenda for the Western Balkans, other than the promises about the European perspective of the respective countries, no such concrete steps have happened with respect to their membership in the EU.

The visit of Dr Osmani to Slovenia did reinforce Slovenian support for the process, with Mr Volk reinforcing the support for the continuation at Tuesday’s discussion, stating: “This region [Western Balkans] is our courtyard and it should all become the EU. The sooner, the better”. The discussion, moderated by BSF Secretary General, Peter Grk, also touched upon the current situation in the Western Balkans and the public’s opinion on the enlargement process, Kosovo’s future perspective, Russian influence in the Western Balkans and more.

You can watch the video of the discussion here