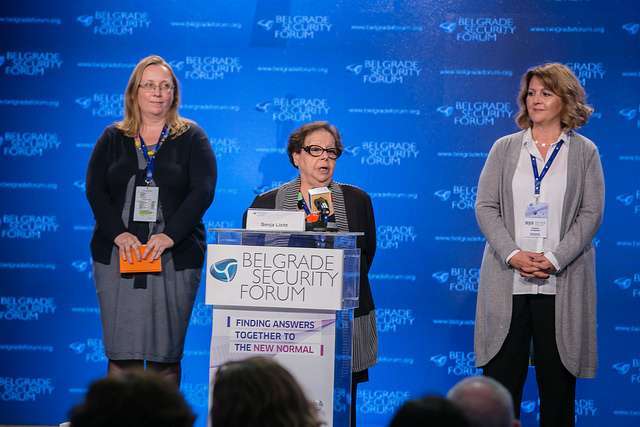 The discussions have been followed by a delegation of the Bled Strategic Forum, which has for over a decade addressed the questions and challenges of development and integration of the Western Balkans. Such discussions need to be hosted both inside the WB6, in the region and at the European stage as a multi-level approach is needed to successfully lead the countries onto the European future.

“It is extremely important that we have managed to bring the global debate home”, said President of the Belgrade Fund for Political Excellence Sonja Licht, summing up the impressions from the Forum.

She emphasised that, during the three days of Forum, “great sessions” focused on Middle East, Asian Century and the fourth industrial revolution took place, and assessed that those topics may not be as important on a daily political level, but that they will determine our future. Her recommendation for Serbia is to open itself, to learn and do as much as possible to ensure that its education system and citizens follow the new trends, such as fourth industrial revolution, which brings new reality.

“We have to be ready for it, even as a small and relatively underdeveloped country. We can leap very high if we prepare ourselves on time”, remarked Licht.

Bled Strategic Forum and Belgrade Security Forum are already seeking for common grounds that will be addressed at future forums and other events throughout the year.