Among a series of events marking the 20th anniversary of Slovenia’s participation in international operations and missions (IOM) Centre for European Perspectives today participates at the inter-ministerial conference entitled 20 Years in the Service of Peace at the Brdo Congress Centre. CEP’s project manager Ivana Boštjančič Pulko addressed the panel entitled “Slovenian Police and 20 Years of Commitment to International Security”.

The two-day inter-ministerial conference organised by the Ministry of Defence, Ministry of the Interior and Ministry of Foreign Affairs started on 2 of October 2017. Today’s first panel entitled “Slovenian Police and 20 Years of Commitment to International Security” was opened by Vesna Györkös Žnidar, Minister of the Interior of the Republic of Slovenia, and continued with a discussion moderated by Mr Vladimir Pocek, Head of International Police Operations Division, Service of the Director General of the Police.

Ivana Boštjančič Pulko contributed an insight into the importance of civilian contribution to peacekeeping and conflict prevention. She emphasized that it is necessary that civilians deployed to the missions are equipped with the necessary skills and knowledge before their deployment and that training should be specifically emphasized in terms of improving the effectiveness of the missions. She explicitly thanked the Slovenian Police and the Armed Forces for offering extensive support in CEP training activities, preparing the international civilians to be deployed to the civilian peacekeeping missions.

CEP has been offering various types of certified trainings in the last decade and this field is gaining its importance especially through recognising the concept of ‘duty of care’ by the seconding authorities. She furthermore underlined that various countries follow different approaches related to secondments of civilians, for example Germany seconds approximately one civilian per seven military personnel, or Finland one to five, whereas this ratio in Slovenia stands for over 20 military secondments per one civilian, those being primarily police officers in EU missions.

CEP has been also researching the effectiveness of EU missions and operations in the last years, partnering with various think tanks and universities though various projects and plans to further strengthen its analytical part related to peacekeeping and conflict prevention.

The panel was addressed by panellists Anton Pozvek, Secretary General of Sever Association, Boris Kankaraš, Head of Port Security Department at Port of Koper, Ernest Salkič, President of the Association of Peacekeepers in Peacekeeping Missions, Edo Behlič, Senior Police Inspector at the Police Directorate Ljubljana, Robert Urek, Senior Police Inspector at the International Police Operations Division and Assist. Prof. Maja Garb from Faculty of Social Sciences as well. They focused on police perspective of peacekeeping and discussed the history of Slovenian contribution to civilian missions as well as development of the national civilian peacekeeping platform and its challenges.

This year Slovenia marks 20th anniversary of its first deployment to an international peacekeeping mission. That first secondment was to the Operation ALBA in Albania in 1997, under the auspices of the Organisation for Security and Cooperation in Europe (OSCE) – the first international organisation Slovenia joined as an independent state 25 years ago.

Republic of Slovenia has in the past 20 years continuously upgraded and enhanced its participation in the efforts for international peace and security with military and civilian capabilities, and has established itself as a reliable member of the international community committed to solidarity and international peace and ready to take on an active role in joint efforts to support security and stability in different crisis areas. The Republic of Slovenia has so far deployed over 5,300 members of the Slovenian Armed Forces and civilian functional experts to a total of 25 international operations and missions under the auspices of the United Nations, the European Union, NATO and other international organisations, or within bilateral relations or coalitions. As part of international stabilisation efforts, 174 members of the Police have also participated in 16 international civilian missions, and three representatives of the Ministry of Foreign Affairs have taken part in three international missions. It should be noted that a considerable proportion of these participants were deployed several times, which is why the total number of deployments to international operations and missions exceeds 13,500. About 345 members of the Slovenian Armed Forces and civilian functional experts, 12 police officers and a representative of the Ministry of Foreign Affairs are currently active under the auspices of NATO, the EU and the UN, and within other frameworks.

Access for more information about the event here: https://www.20letmom.si/en/

Check out our Photo Gallery here: 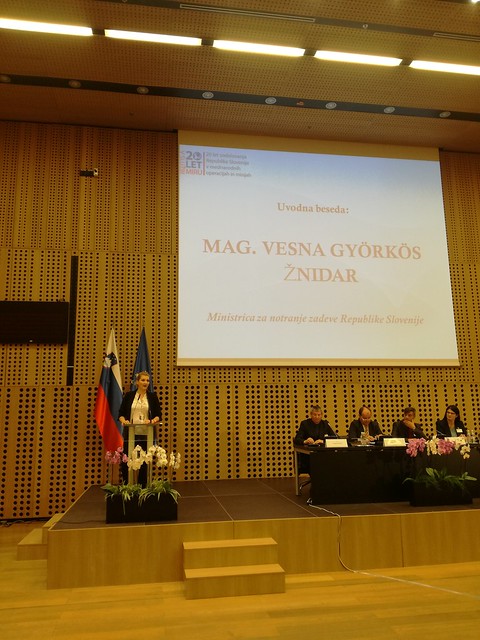