Peacekeeping operations have changed over time. Since the nature and mandate of operations have transformed, we can say that they have become more complex. A significant difference can also be seen in the type of participants, which have altered from international to national actors, and from military to civilian actors.

The NATO Summit in Washington in 1999, defined the concept of civil-military cooperation for the first time. This cooperation has also been one of the seven strategic goals of NATO’s long-term programs until 2025. The concept was developed by all countries and can be implemented by members of the military with civilian knowledge or with the participation of civilian experts without military knowledge.

In Slovenia, this concept is called “civilian functional experts” or CFS. CFS are specially trained professionals in a variety of fields that link the military and civilian environment. Their main task is to establish good relations with the local population, as well as with civilian, non-governmental, governmental, international, and other organizations in the field of peacekeeping missions. At the same time, they work in their field with the aim of stabilizing, restoring, or developing the civilian environment. CFS must have a good knowledge of both civilian and military thinking and action and are specially trained for this. Through their work, CFS make an important contribution to the overall military objective of the operation, which is to ensure a secure and stable environment while creating better conditions for the stabilization and reconstruction of society and the state.

POTC, together with the Ministry of Defence, Ministry of Interior, Ministry of Foreign Affairs, Slovenian Police, Slovenian Armed Forces, Administration for Civil Protection and Disaster Relief, and Slovenian Red Cross is taking a comprehensive approach towards developing Community and People-Centered Approach training for CFS.

Today’s workshop was the first one in the series, to familiarize with the activities in the field of various stakeholders. It will set the basis for identifying the needs for civilian-military cooperation by involving all relevant stakeholders in the process. 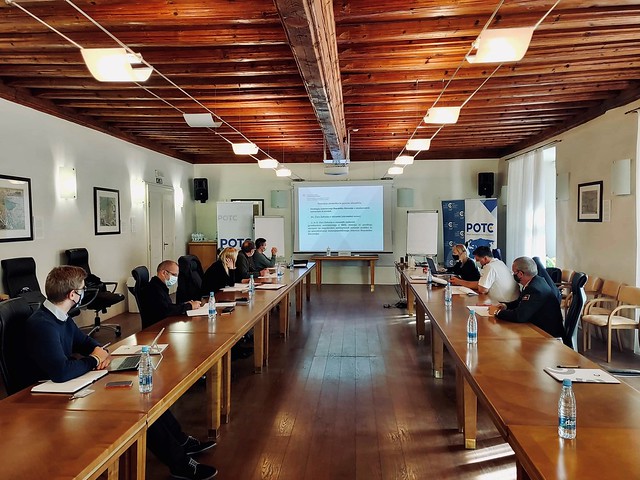