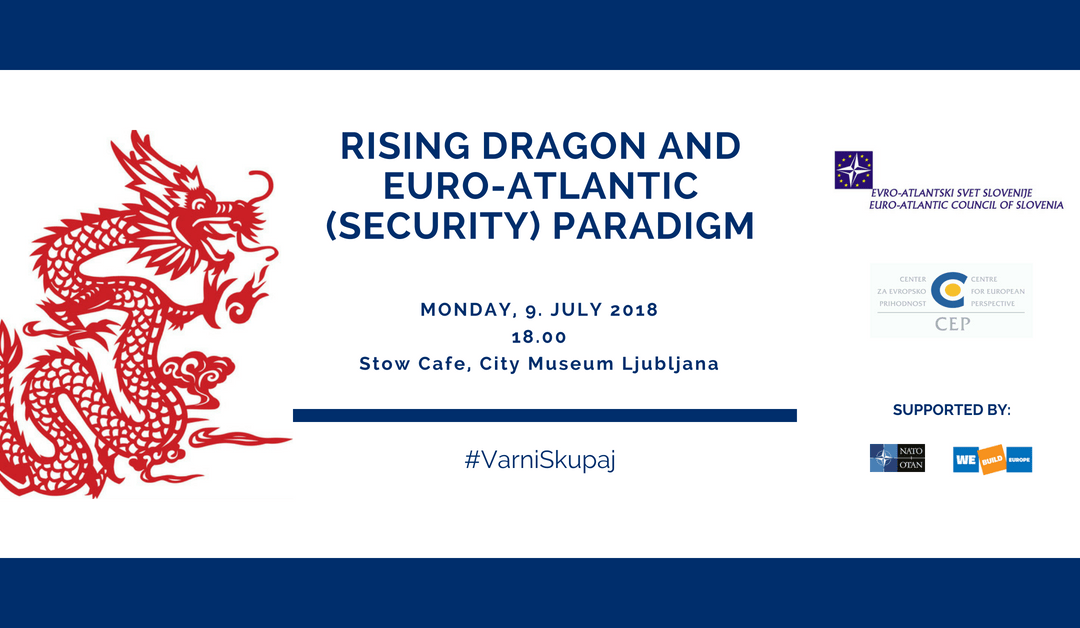 Centre for European Perspective and Euro-Atlantic Council of Slovenia kindly invite you to the “crisis room” discussion titled “Rising Dragon and Euro-Atlantic (Security) Paradigm” on 9 July 2018 at 18:00 at the Stow Café, City Museum of Ljubljana. We will be discussing a highly intriguing topic – presence and influence of China as a rising power on the power relations within the Euro-Atlantic space.

Speakers:
Zorana Baković, journalist and one of the best European experts on Chinese politics and culture
Ambassador Marija Adanja, diplomat, former ambassador of the Republic of Slovenia in Beijing (TBC)
Dr Uroš Lipušček, journalist and reporter from Beijing

Event will be held in English language.

The event will be organized in a format of “crisis room”. It is the first of a series of events organized to support wide public discussions about strategically important international, regional and local events and security challenges in the Euro-Atlantic space. With the first event, we want to shed a light on the rise of China as a (new) power and on its growing influence on the Euro-Atlantic community. Together with you, we would like to search for answers on some of the key challenges and shape possible responses and future steps.

We are looking forward to your response.