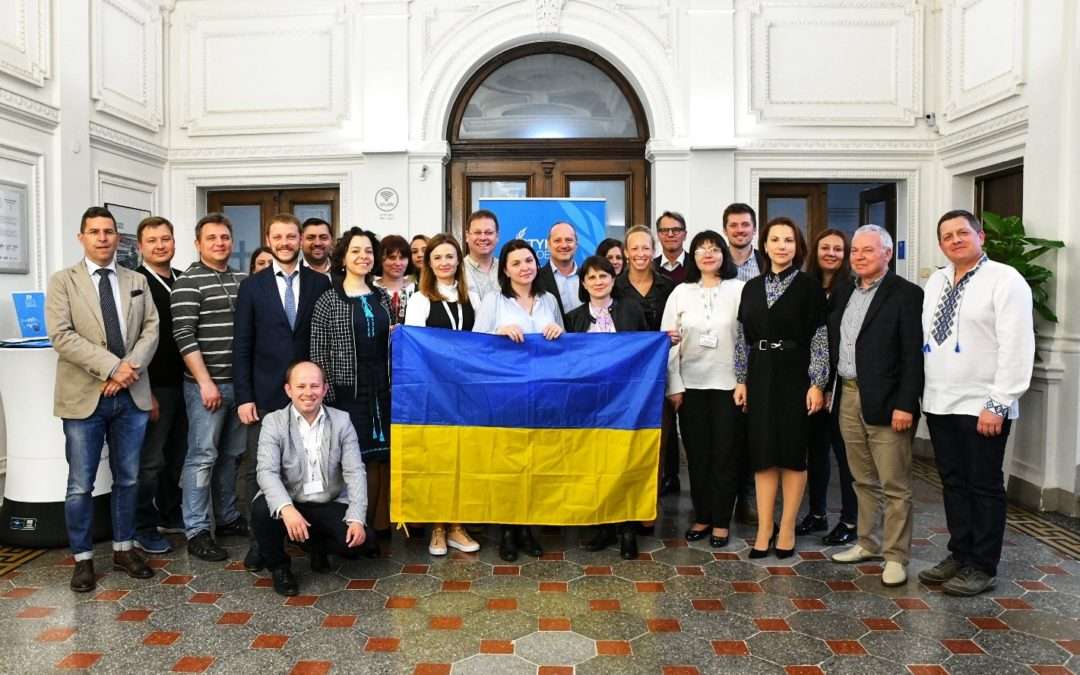 Centre for European Perspective has this week hosted the 5th International Study Visit in Slovenia, that began on Monday, 13th of May at Jable Castle and concluded on 17th of May in Graz.

There were 17 local officials, entrepreneurs and business associations from Ukraine taking part in the study visit. The topic of the visit was “Role of Business Organisation’s cooperation with local communities”.

The first day started by an opening delivered by our Executive Director Katja Geršak who welcomed the participants and introduced keynote speakers, mag. Aleš Cantarutti, State Secretary and Marko Drofenik, Director General from Directorate for Regional Development, Ministry of Economic Development and Technology, Slovenia. All the speakers welcomed our participants and expressed their satisfaction that such projects are happening and hope they will continue in a meaningful manner. We were also thrilled to host Andrii Borodenkov and Oleksandra Yanushevska from the Embassy of Ukraine in the Republic of Slovenia, who have been present in all of the study visits so far. The content part of the visit started by a presentation delivered by Irena Meter, from SPIRIT Slovenia – Public Agency for Entrepreneurship, Internationalization, Foreign Investments and Technology, who focused on incentives for companies in Slovenia, its program and activities. She was followed by Zoran Stamatovski, who focused on Systemic approach to business environment development; Small business assistance programs and Local communities in developing business environment.  Third on the agenda was Gorazd Jenko, expert on Smart specializations strategy of Slovenia from the Government Office for Development and European Cohesion Policy, who focused on Challenges of Slovenia and answers form the S3 strategy, Projects under the S3 strategy and Bilateral national and local partnerships. Last but not least, participants were addressed by Matej Rogelj  from Chamber of commerce and Industry of Slovenia, who focused on Forms of organization of associations and chambers; Local and regional forms of associations and Cooperation between Private and Public Sector.

After a successful first day, full of background knowledge for following days, participants had a chance to experience the mentioned topics in practice. The full second day was spent in Kamnik, where we were kindly welcomed by Local Entrepreneurs club Kamnik, Kik Štarter, TIC Kamnik and Mayor of the Municipality Mr. Matej Slapar. We are also very proud of two Letters of Intent that were signed that day, signalizing a will for cooperation continuation. Letters of Intent were signed between Aleš Juhant, Vice President of Business Club Kamnik, Mykola Savulyak, Business Community Club from Ukraine and Tetiana Palamarchuk, Executive director of Union of Ukrainian entrepreneurs. We are looking forward to the future and hearing how the events will develop for them.

The third day of the event was spent with a visit to Technology Park Ljubljana where participants were greeted by the Director of the Technology park, Mr. Cerar Matej. The setting of the activities in that afternoon was the city center of Ljubljana, where the participants were introduced to investment and development plans for the city while exploring it´s hidden treasures. They were familiarized with such projects as the old town renewal and the city renewal, found out about traffic that is closed in the city center and the impact of the projects on small business.

The fourth morning started very early with a business breakfast with BNI Slovenia, followed by a trip to Graz. In Graz participants were greeted by many speakers, ranging from municipality representatives, local business coordinators, Ukrainian Honorary Consul and others. The topics of discussion were: The city of Graz and the region Styria as business location and co-operations, clusters, co-working in the area; Political agenda and export support also with local subsidies and other initiatives to support companies; Strategy of the Internationalization Centre Styria. The visit was finalized with a short summary of everything discussed, feedback session and certificates ceremony.

The visit is taking place in the framework of the multi-donor action U-LEAD established by the European Union and its Member States Denmark, Estonia, Germany, Poland and Sweden. It aims to contribute to the establishment of multilevel governance that is transparent, accountable and responsive to the needs of the population of Ukraine. U-LEAD with Europe is supporting the Ukrainian Government, represented by the Ministry of Regional Development, Construction, Housing and Communal Services of Ukraine (MinRegion) as a key political partner, in the coordination and implementation of the decentralization and regional policy reforms. The Program carries out demand-driven and targeted trainings for officials at the national, regional and local level. 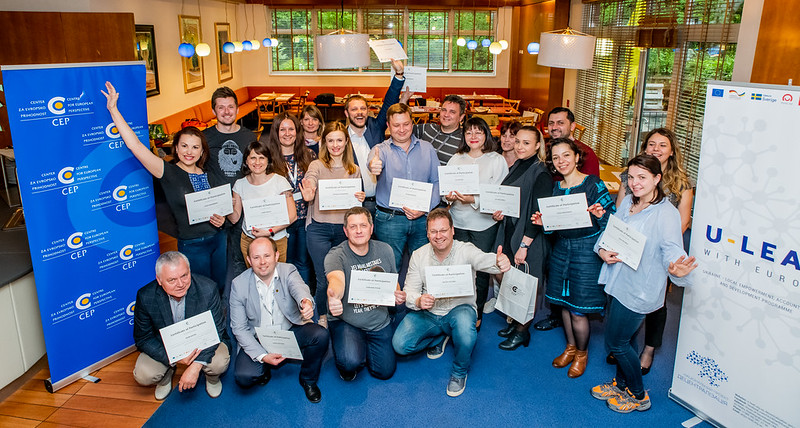