Centre for European Perspective again has the honour of hosting International Study Visit within the U-LEAD programme. The event begun on Monday, 9th of September at Jable Castle and will continue throughout the week.

The topic of the visit is “Infrastructural Management and Rural-Urban Cooperation”.

There are currently 16 local officials from Ukraine taking part in the study visit with the majority being heads of amalgamated hromadas.

The study visit began with a welcome speech by Katja Geršak, Executive Director, CEP who warmly welcomed the 9th group from Ukraine and Andrej Vrčon, Administrative Director, CEP, who welcomed the participants at Jable Castle, briefly described the work CEP does and presented the organizing team. Opening remarks were given by Berta Mrak, the newly instated Head of the Department for Eastern Europe, South Caucasus, Central Asia and the Arctic at the Ministry of Foreign Affairs, Republic of Slovenia, who gave an insight into general work Ministry does with Ukraine and the region. Meliha Muherina, Project Manager at CEP, followed their introductory remarks with an overview of the agenda for the following days and answered all the questions participants had.

After a short warm-up session and introduction of participants, the theoretical part of the visit begun.

First lecture of the day was given by Ms Alina Cunk Perklič, from the Ministry of Agriculture, Food and Forestry who spoke about the history of rural – urban agenda in Slovenia since its inception – from Programme on rural development and village renewal CRPOV to the todays local action groups (or LAGs).

Second lecture of the day was given by Mr Bojan Dejak, who focused on infrastructure management in Slovenia and the development of infrastructure on local level.

The visit is taking place in the framework of the multi-donor action U-LEAD established by the European Union and its Member States Denmark, Estonia, Germany, Poland and Sweden. It aims at contributing to the establishment of multilevel governance that is transparent, accountable and responsive to the needs of the population of Ukraine. U-LEAD with Europe is supporting the Ukrainian Government, represented by the Ministry of Regional Development, Construction, Housing and Communal Services of Ukraine (MinRegion) as a key political partner in the coordination and implementation of the decentralization and regional policy reforms. The Program carries out demand-driven and targeted trainings for officials at the national, regional and local level. 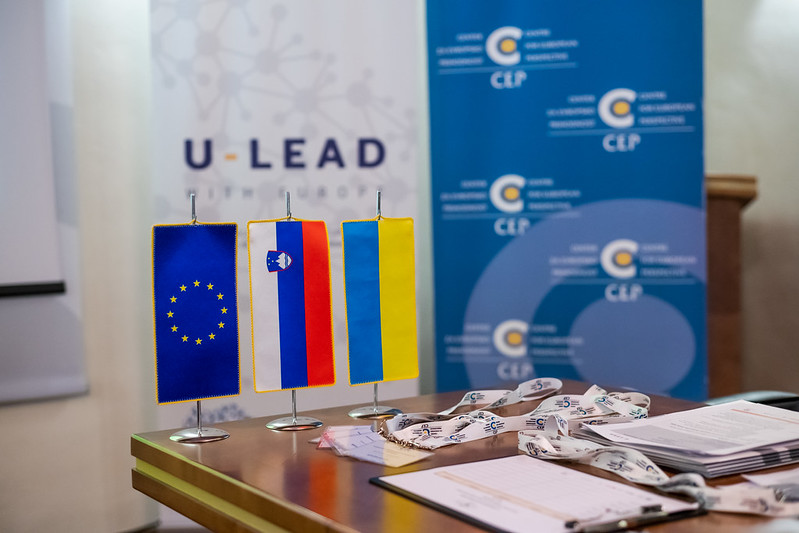