Successful conclusion of the international study visit to Slovenia and Italy

Together with U-LEAD with Europe: Ukraine – Local Empowerment, Accountability and Development Programme, CEP hosted an international study visit on social and economic development of communities with diverse ethnic population between the 10th and 14th of September. During the five day event, participants from Ukraine visited Slovene municipalities of Izola, Koper and Domžale, as well as Italian municipalities of Trst and Dolina.

On the first day of the study visit, seventeen representatives of local and regional authorities from Zakarpattya, Odesa and Chernivtsi oblast learned about the Slovene system of local self-government, regional development in Slovenia and got acquainted with Italian and Hungarian national communities and the Roma community in Slovenia.
Between the 11th and 12th of September, they visited bilingual municipalities of Koper and Izola, where they met with representatives of the Italian minority in Slovenia, Regional development centre Koper, as well as municipalities of Izola and Koper. They were interested in concrete examples of local development projects and also visited Škocjanski zatok, a great example of a revitalisation of a degraded industrial area into a natural reserve. On the 13th of September they travelled to Italy. Firstly, they met with the director of the Slovene Regional Economic Association in Trst and travelled to the business zone in the municipality of Dolina later that day. The last day of the study visit was spent in the municipality of Domžale, where the participants met with the mayor and learned about their examples of local development projects, such as their new bike park and recreational area by the Kamniška Bistrica river.

Ukrainian representatives gained valuable knowledge on the preparation and implementation of local and regional development projects and acquainted themselves with several good practices, which they will strive to apply in their local communities. They were also genuinely interested in establishing peer-to-peer cooperation with Slovene municipalities and organisations.
A similar international study visit will be organised at the end of this year.

The activities were financed by U-LEAD with Europe: Ukraine – Local Empowerment, Accountability and Development Programme, a multi-donor action of the European Union and its Member States Denmark, Estonia, Germany, Poland and Sweden. 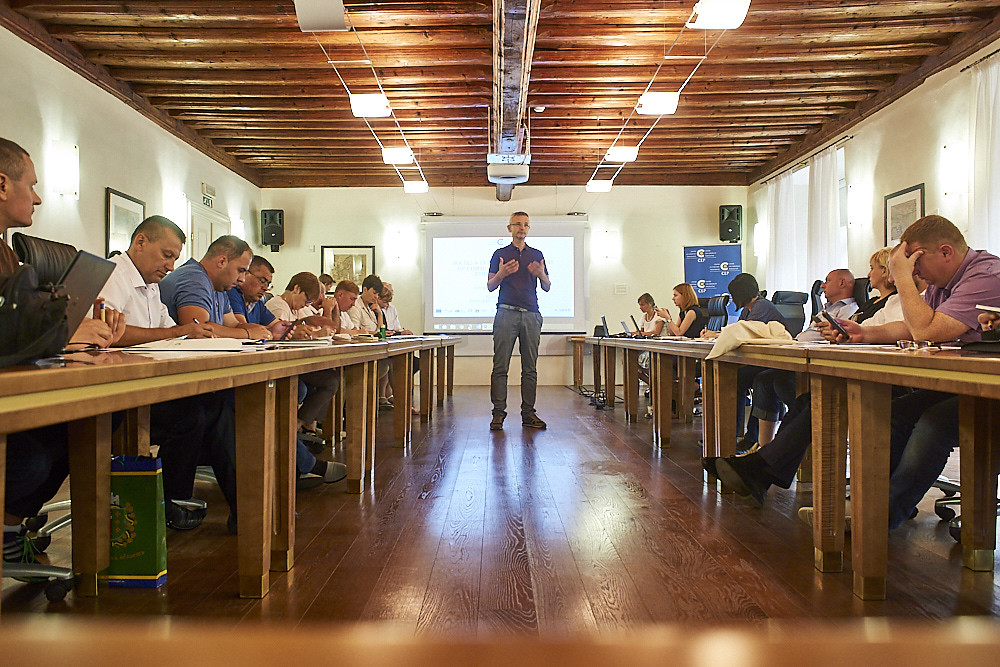