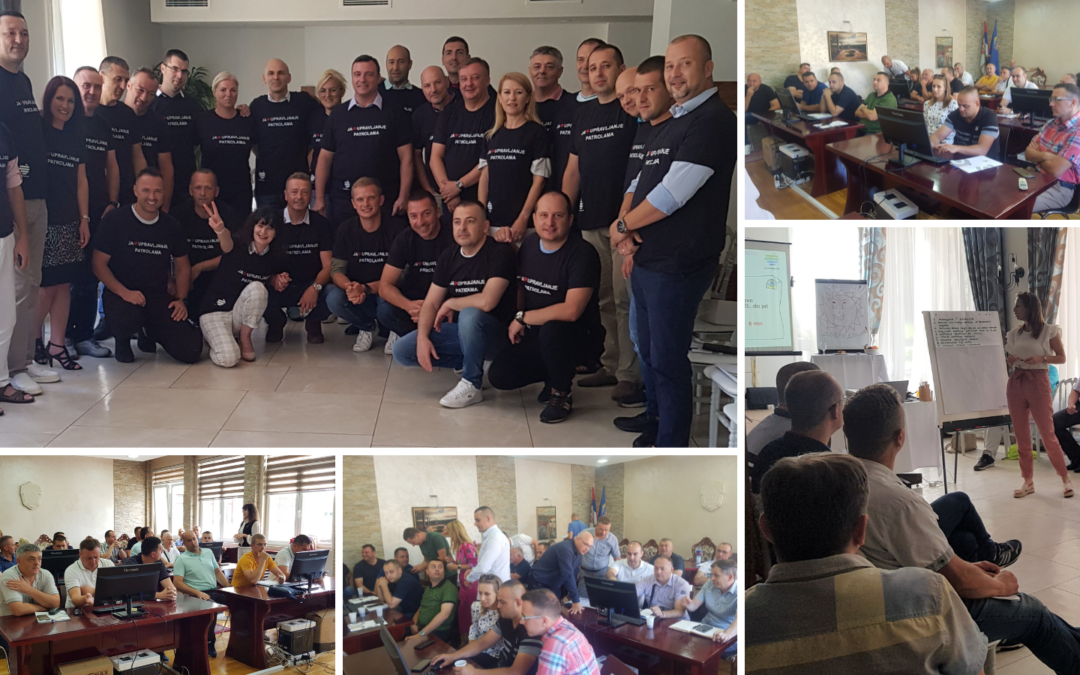 Workshops to integrate new police directorates into a state-of-the-art remote patrol management system were held in Serbia from 27 June to 1 July 2022. This is an ICT solution developed by the Serbian police on the basis of Slovenian know-how within the framework of the international development assistance of the Republic of Slovenia and has been successfully used for some time in the police directorates Sremska Mitrovica, Vranje, Bor, Pirot, Požarevac, and Zaječar.

The workshops that just took place were organized for representatives of the police directorates Užice, Pančevo, Novi Pazar, and Šabac, which have newly joined this patrol management system.

They gave workshop participants first-hand insights into how the system works and the positive experiences they have had and shared the advantages of the system that enable them to work more efficiently. They highlighted better responsiveness to people’s needs and other security challenges, increased safety of police officers when performing police tasks in the field, more efficient use of human and other resources of the Ministry of the Interior, and better service for citizens. The workshops also included a visit to the Police directorate Zaječar, where the participants had the opportunity to see and test the operation of the new patrol management system in practice. With the knowledge they acquired, they were also able to immediately engage in the new system, which has now been extended to 10 police administrations.

Participants agreed that changes towards increased patrol management capacity are necessary and welcome, not only for the more efficient operation of the police in Serbia but also to meet EU standards, which is also of utmost importance in the process of European integration.

The activities that Slovenia and Serbia have carried out in partnership in recent years within the framework of international development cooperation confirm the good bilateral relations between the two countries and significantly contribute to the constant progress and development of the Serbian police and strengthen the professional and friendly ties between these two important institutions.

The workshops that just took place confirmed this once again, while also indicating that there is an interest in further cooperation and additional activities in this direction in the future as well.